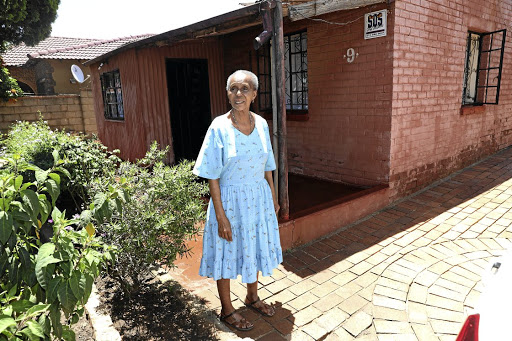 Irene Mothei in her later years after she had decided to bid farewell to the liquor-selling business that had brought her much fame and many friendships.
Image: Veli Nhlapo

In the seventies and eighties Irene’s Place in Soweto was the ideal address for the well-dressed and fashion conscious who enjoyed partying up a storm. The vibe at the famous nightspot even inspired guitarist and singer Condry Ziqubu’s Via Orlando (1985), a dance floor hit that marked the coming of age of eighties township pop. But it was not only about song and dance at number 5078 Kunene Street in Orlando East.

Black professionals such as doctors, lawyers, nurses and teachers discussed politics and the state of the nation with famous soccer stars, radio personalities, journalists, beauty queens and musicians. Anti-apartheid activists Wellington Tshazibane and Isaac Siko were said to have plotted the 1976 bombing of the whites-only Carlton Centre restaurant in Johannesburg at Irene’s. Tshazibane, an Oxford graduate and mining engineer later died at the notorious John Vorster Police Station two days after he was detained, while Siko was sentenced to twelve years on Robben Island for terrorist activities.

Other opponents of the apartheid state like George Phahle and his wife, Lindiwe, planned their escape into exile from Sis Irene’s two-roomed house. The couple was among the twenty expatriates who were killed by the South African Defence Force during a raid on the exile community in Gaborone, Botswana, on 14 June 1985. Subsequently Irene’s fame spread beyond the country’s borders. A number of American artists who defied the cultural boycott graced the place with their superstar presence. 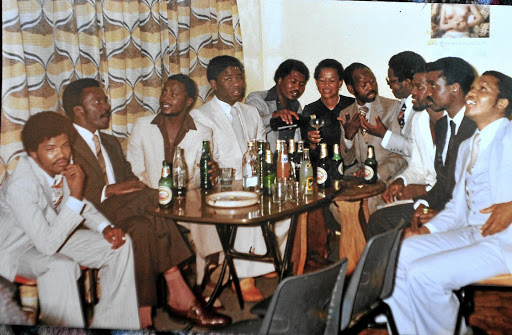 People who drank at Irenle's Place had to observe a strict dress code that inlcuded three-piece suits and definitely no sneakers.

These included The O’Jays, Millie Jackson, Paul Simon and the blues belter supreme, Champion Jack Dupree.  One of her fondest memories of those years was dancing with Jimmy Cliff on her yard. The no-nonsense hostess insisted on a strict dress code of formal but fashionable wear that included three-piece suits for men. Her place was a strictly adults-only establishment where disrespectful behaviour was swiftly dealt with. It was a haven for peace loving hippies or ivies that were known for their well-pressed bell-bottom trousers and platform shoes. The small size of the two-roomed matchbox only allowed her well-heeled patrons standing space, some of whom travelled from far-flung dorpies and villages across the country.

Actor Lucky “Bra Bizzah” Legodi recalled travelling from his Mamelodi hometown in Pretoria to party at Irene’s as a member of the Touch of Class stokvel. Ironically, the place lost its magic after she extended it with two more rooms for breathing space. Born in Orlando East in a family of four siblings, her parents were among those who could be described as middle class by township standards and very strict. Her mother was a nurse and father had an administrative position at the Johannesburg City Council. Her paternal uncle, Isaac “Rocks of London” Mothei was one of the first generation of Orlando Pirates players when the club was established in 1937.

Condry Ziqubu's Via Orlando [1985] is among the hits that epitomised the flowering of township pop in the eighties.
Good Life
1 year ago

She went to neighbouring Orlando West High, also known as Matseke after its founding principal, composer and author, Dr Solomon “SK” Matseke, whose pupils included musicians Marah Louw and Sipho Mabuse. Irene sang as a leader at the morning assemblies and in the senior school choir. Impressed by her beautiful soprano, the principal recommended her to Professor Khabi Mngoma, a respected composer, conductor and music teacher, who subsequently admitted her into his esteemed choir, the Ionian Music Society.

After school she found a job as personal assistant of top management of the Johannesburg City Council. She said the decision to get involved in the liquor selling business happened by pure chance. After divorcing the father of her two young boys in 1975, a friend told her that selling liquor was a profitable business and suggested she give it a serious thought. Charmaine Modjadji, another friend who used to work at record labels, Gallo and WEA as a music promoter, helped her with starting the business.

During the Mandela years, the place became one of Soweto’s popular tourist destinations. But in 1998 she called it quits. The closure undoubtedly marked the end of a fascinating chapter in the history of the culturally vibrant township. She is survived by two sons and three grandchildren.