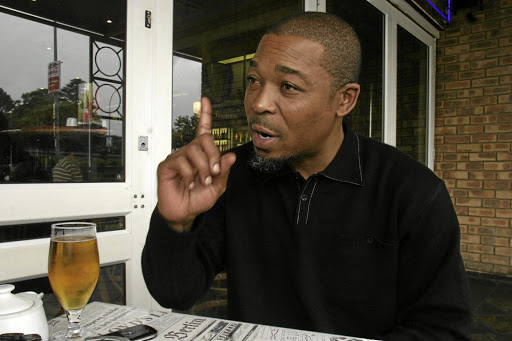 Mangaliso Ngema has made a passionate plea to President Cyril Ramaphosa to show courage and visionary leadership and embrace the country's indigenous knowledge systems (IKS).

The TV actor and healer believes that with the support of the government and involvement of interested South Africans, traditional healers have potential health solutions to HIV/Aids and other chronic diseases.

The Lithapo star reckons that currently traditional healers and other custodians of indigenous knowledge are treated like stepchildren of the health sector.

"Traditional healers have been crying to government since the dawn of democracy for regulation to be passed in recognition of natural medicines," he said.

"The absence of this regulatory framework has led to the marginalisation and oppression of traditional healers in favour of Western medicine."

Ngema is disappointed that what he believes to be a multi-billion-rand investment opportunity in the health sector has been frustrated by too much red tape.

He and fellow traditional healer and colleague, Magugu Nkabinde, said that 14 years of scientific research at more than five universities in SA, Canada and Switzerland have convinced the global medical community about the efficacy of virocide botanics as a potential cure for HIV/Aids.

This is a unique plant-based mixture discovered in 1998 by Dr Siphathimandla Nkabinde, a respected homeopathic medical practitioner from KwaZulu-Natal and the father of Magugu.

The Covid-19 pandemic has presented a new business venture to some villagers in Mpumalanga, Limpopo and the Eastern Cape.
News
1 year ago

Health and traditional medicine experts have cautioned against the use of the herbal plant Artemisia afra - commonly known as African wormwood or ...
News
1 year ago

Dr Nkabinde holds the intellectual property rights to virocide botanics. In 2003, Professor Michael J. Stewart, a Glasgow-based biochemist and toxicologist who worked at the Wits Medical School at the time, studied the mixture and concluded that it could eliminate HIV and strengthen the sufferer's immune system.

He then recommended that government should support the development of virocide botanics for general public consumption. Subsequent independent studies by a number of researchers on the safety and efficacy of the mixture over the past 12 years under the stewardship of Professor Nceba Gqaleni were conducted at a number of universities.

"The results have consistently proven that, subject to human trials, virocide botanics is a possible cure for HIV," said Ngema. In 2008, the government of Switzerland and investors from other European countries showed interest in developing the product in Europe.

"However, I personally convinced the founder, Dr Nkabinde to turn down financial offers from these investors. The move would have resulted in a major financial loss for our country. Based on my advice, Dr Nkabinde chose the country over huge financial gain by turning down these offers.

"Our dealings with government departments began from the Thabo Mbeki era. Three presidents later we are still frustrated by the red tape and unfulfilled promises."

Ngema said early last year he wrote a letter to the presidency about virocide botanics and the long, frustrating journey they have travelled at various government ministries.

Ngema said bodies such as the Medical Research Council are supportive of the pioneering venture but limited by their mandate.

Covid-19 has inspired a number of African countries to focus on indigenous knowledge systems for solutions to the pandemic.

"This necessitates a renewed focus on developing cures for these existing diseases. While we appreciate the urgency of the current situation, the fight against HIV/Aids cannot be postponed as it has a direct impact on the fight against Covid-19."