Smoke's vision as guitarist is to keep the blues alive 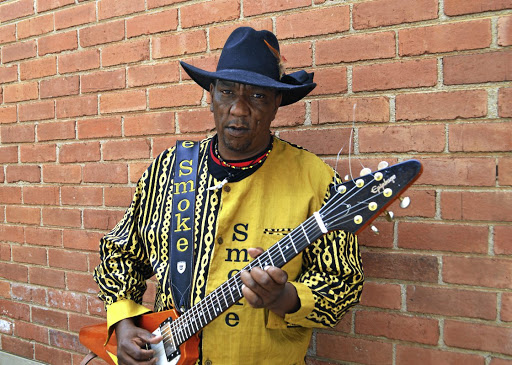 Smoke The Guitarist knows just how to strike the right cord.
Image: SUPPLIED

Smoke the Guitarist's life story reads like an intriguing script of a Hollywood thriller, except that it's all true.

Before he ventured into music, the blues artist ran a recycling and waste management factory in Port Shepstone, on the south coast of KwaZulu-Natal.

In 2014 he and his wife Leanne were only eight months in their new Marburg home having moved there from Durban when a bush fire razed their complex.

The tragedy left them with only the clothes they had on and guitars he hadn't played for years. It was a devastating loss as they had invested their life savings into the business.

Born Nico Lawrence at Addington Hospital, Durban, he was raised in Nqabeni, a farming community in KwaZulu-Natal. At four his father, a pastor, taught him to play guitar. When he was in grade 4, he heard Bob Dylan's Meet Me in the Morning.

"The song had a sound that captivated me. It stuck with me. I was listening to lots of different genres both local and international but could not find the sound I was hearing in my head."

Credo Mutwa was the stone that the builder refused, the prophet who was denied honour in the land of his forebears.
News
1 year ago

His brother-in-law, who was living in the United States at the time, returned home with two cassettes of Eric Clapton and BB King. "That was it. I was sold to the blues."

He regards Dylan and King as his greatest musical inspirations. "Bob Dylan is a phenomenal poet and lyricist while BB King is an exceptional blues man who expressed his music through Lucille, his beloved guitar."

Smoke continued to play but at 15 decided to pursue professional football. A gifted soccer player nicknamed Maradies after his idol, Diego Maradona, he started at Manning Rangers' reserve side as an
attacking midfielder and was later promoted to the senior ranks but an irresponsible partying lifestyle ruined his chances of making a success of his fledgling career.

"The situation got worse when I lost my newborn son in 2003. I started drinking heavily and ended up in a rehabilitation clinic," he recalls.

Eventually he picked himself up, weaned himself totally off alcohol and became a
devout Christian. "I didn't play the guitar again until in my early 30s and dabbled a bit, before I moved to Port Shepstone with my mentor Andre van der Byl," he says.

House number 2794 Tunzi Street in Rockville is just a stone's throw from Regina Mundi Church, a majestic cathedral that became well-known as a haven ...
News
1 year ago

"When we got to Johannesburg after the fire, I couldn't find a job. But friends were praying for me. They told me that God was instructing me to use what I had - music. I told them I only have guitars, but I can't play for an audience."

Smoke says he prayed for a solution and started practising. He was 39. It was while he was operating a tuckshop at the Edenvale municipal pool in Ekurhuleni that he realised that he could play like a professional. "I used to pull the roller door halfway down and practised. Whenever I did that, I realised that sales went up. When I opened the roller door fully and started singing my sales shot up. Parents coming to the swimming pool said they came for the music and their kids were the excuse to be there."

So how did he get his stage name? "Alfred Nkanyane, the founder of the first outfit I played with, a reggae and jazz ensemble named Mintirho Band, used to say that my guitar has a smoky flavour, and so he called me Smoke - a name that I fought against as it was a constant reminder of the pain of losing my factory. But everyone in the band started calling me Smoke and it stuck."

His full stage name is Smoke the Guitarist and he started performing professionally in late 2015 mainly as a solo performer as most bands did not want to play the blues or include it in their repertoire.

In 2017, he performed at the 13th edition of the Durban International Blues Festival as part of Smoke and Liquid Band. They were booked again in 2018 and 2019 by popular demand at the annual event that has been growing steadily while providing a valuable platform for the blues. In August last year, he had his first international tour in Argentina. Smoke, 44, was hosted and backed by Argentinean blues band The Yamil Jacobo Trio.

"Playing in Argentina was a special experience because of the Maradona factor."

Smoke returned to South Africa with the South American ensemble. They hosted a series of concerts in Ekurhuleni, Soweto, Norwood and other parts of greater Johannesburg before performing at the Durban International Blues Festival in September last year.

He says playing with the Yamil Jacobo Trio had made it possible for them to share their cultures and created a musical pathway between the two countries. The two acts have collaborated on two songs, Educated Fool and Grooving in Edenvale. They can be found on Distrokids and iTunes.

He was subsequently invited by Colombia's department of arts and culture to perform in an all-star blues band made up of top blues artists from around the world.

The performance was scheduled for April 22 to May 5 at the annual Bucaramanga Blues and Jazz Festival in Colombia.

But due to the Covid-19 pandemic, all his local and international shows have been put on hold. 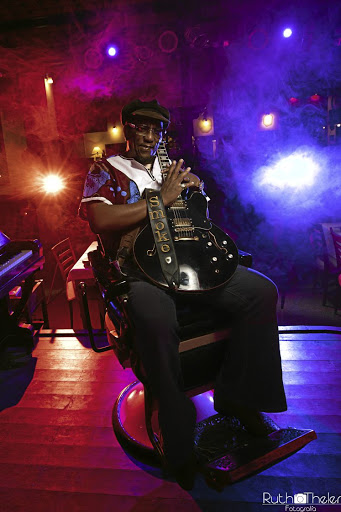 Smoke is proud of his ensemble, the Smoke Train Band, whose members are outstanding instrumentalists. The ensemble is quickly building a strong fan base within and outside the borders of SA.

He met keyboardist Vaden Pappas in church and after hearing the well-schooled musician play, he was convinced that the keys would add a different dimension to his music. Drummer Rob Domijan comes with a lot of experience as a blues player. He has been around the blues block for over 20 years. Bass guitarist Kerry Blewitt is another experienced player who brings depth to the repertoire while multi-instrumentalist Kenny Kearns is a versatile virtuoso on saxophone, harmonica and Hammond mouth organ.

"Kenny is an absolute legend who brings a lot of diversity to our sound," observes Smoke. Their diverse repertoire includes old-school soulful Chicago blues, boogie blues, blues rock and folk blues. Domijan has replaced Selwyn "The Silver Fox" Aronowitz. The late drummer died in 2018 while playing during a live radio interview just three weeks before the band was to perform at the Durban International Blues Festival.

"It was one of the most painful experiences I've had in my music career. Selwyn bought into my vision and was dedicated to the cause of keeping the blues alive," he says.

As lead singer, performer and composer, Smoke's dazzling stagecraft has caught the attention of fellow musicians across the world.

Smoke performs like a real blues man from the Mississippi delta who understands the healing and unifying power of his genre. Humorous songs like Poor Man's Blues and Sun City Blues elicit laughter from listeners while Loadshedding in Edenvale reminds them of the daily power cut frustrations.

Globally acclaimed Chicago blues singer and band leader Charlie Love has described him as a special musician whose singing touches the very core of one's soul.

Although Smoke and his band are making a name for themselves on global stages, he says there are a few challenges. "One is sponsorship for events and the other is looking at ways to create proper platforms for blues artists. Once that is done, it will be easy to entice young musicians. My biggest ambition is to produce many blues artists. As the Zulu saying goes, a bull is not remembered for his chops on the braai stand but by the calves he's sired."