Juju opens up to refute claims of corruption 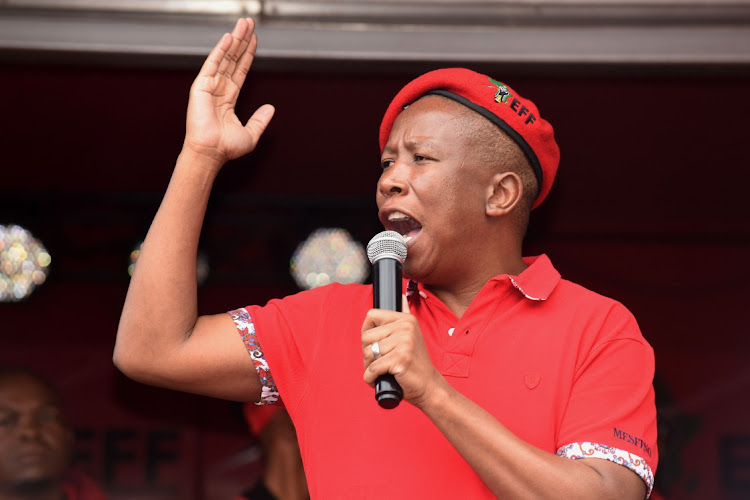 EFF President Julius Malema, while speaking from his party's headquarters in Braamfontein, Johannesburg, denied allegations against him, and his party of involvement in the collapse of the VBS Mutual Bank.
Image: FREDDY MAVUNDA

EFF leader Julius Malema has denied all corruption allegations that have been levelled against him during his political career.

Malema, who spoke to a group of selected journalists yesterday, to answer questions around his involvement in alleged corruption dating back to his years in the ANC Youth League, labelled the claims a "smear campaign".

Speaking from his party's headquarters in Braamfontein, Johannesburg, Malema also denied allegations against him, and of his party, on their involvement in the collapse of the VBS Mutual Bank.

He also denied claims he was responsible for  "collapsing" the Limpopo government through On Point Engineering. He was the director of the company.

Malema said none of the allegations and charges against him were ever meant to stick in court, but brought to create "a permanent dark cloud" over him.

"When they said Malema collapsed Limpopo, the intention was to dent his image," Malema said. He questioned how a R50m tender that On Point Engineering received could collapse a municipality with the budget of R47bn.

"The intention is to always, which is Pravin's [Gordhan] operation, discredit your opponents and leave them out there.

"So, the aim is not to arrive at any conviction. The aim is not to take you through trial. They just smear you and leave you out there," Malema said. Gordhan refused to comment.

A former manager at the Merafong Municipality was arrested on Thursday in connection with R50m that was invested with VBS Mutual Bank.
News
1 year ago

Malema said when the EFF took a stance against the collapse of the VBS Bank, it was not to hide their alleged links to the bank but to "defend the pride of Venda people".

"We said on record, 'arrest those that have stolen the money from those Gogos who were queuing. Arrest them.

"Recover every little cent you can recover and pay back the depositors... the priority must be the individual Gogos who have put money into that thing,'" Malema said.

Malema told the journalists that his deputy Floyd Shivambu told him that his brother, Brian, who is said to have received R16m from the bank, was cooperating with the liquidators.

He said he told Shivambu if the liquidators were not happy with some of the transactions, then his brother must pay back the money. "If the money was unduly paid to Brian, that money must be paid back and not only by Brian, but everyone including the [SA] Communist Party and the ANC," he said.

He also explained why the bank card belonging to Mahuna Investment - which was reported to have received over R4m from Shivambu's Sgameka Projects - was always around him as reported by the Daily Maverick.

He said his cousin Matsobane Phaleng - whom he usually refers to as his brother and who owns the company - was always with him which could explain the usage of the bank card in his presence.

Although leaders from both parties have been implicated in the VBS looting, spokespeople insisted that they welcomed the recent arrests and ...
News
1 year ago

The Hawks are closing in on those involved in the looting of the now defunct VBS Mutual Bank, with eight arrests confirmed on Wednesday.
News
1 year ago