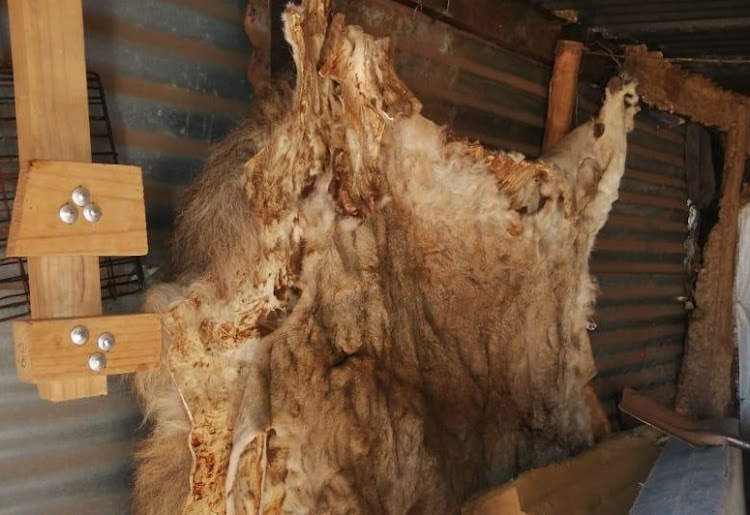 A 23-year-old man was arrested in Hartbeesfontein over the weekend after he was found in possession of lion skins and drugs, the North West Hawks said on Monday.

Provincial Hawks spokesperson Capt Tlangelani Rikhotso said the man was arrested at a house in Tigane on Friday when Hawks members, a Klerksdorp response team and the Stilfontein stock theft unit raided the home.

Three lion skins, mandrax tablets and packets of dagga were found. The man is expected to appear in court soon.

The suspect was charged under the National Environmental Management: Biodiversity Act and for being in possession of illegal drugs.

Eighteen people were arrested in Fraserburg, Northern Cape, on Saturday afternoon after they looted a tuck shop, making off with groceries worth ...
News
2 years ago
Next Article