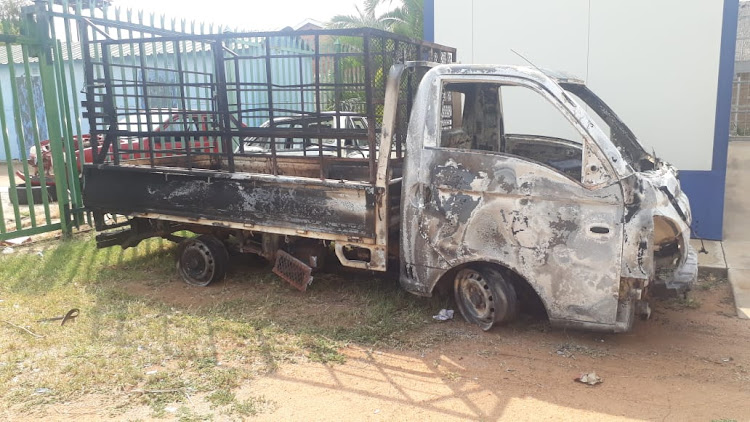 The burnt truck that was found near the charred bodies.
Image: Saps

Limpopo police have arrested eight people after the charred remains of three men were found in a village outside Groblersdal.

They appeared in the Mdutjana Magistrate's Court on Monday facing charges of kidnapping and murder.

The arrests followed after the bodies of Owen Ncube, 31, Salos Sithole, 23, and Lovemore Basera, 20, were found by a passer-by in a bush around Naganeng village in the Dennilton  earlier this month.

They were burnt beyond recognition and a burnt out Hyundai truck  was next to them.

“It is suspected that the deceased were severely assaulted before they were burned as there were several stones found around the scene,” Ngoepe said at the time.

An Ekurhuleni metro police department [EMP] officer and a man believed to be a private security officer have been arrested for the deadly shooting in ...
News
2 years ago

Police are investigating a case of attempted murder after a 53-year-old taxi owner was attacked, robbed and shot numerous times at Mokwakwaila in ...
News
2 years ago
Next Article