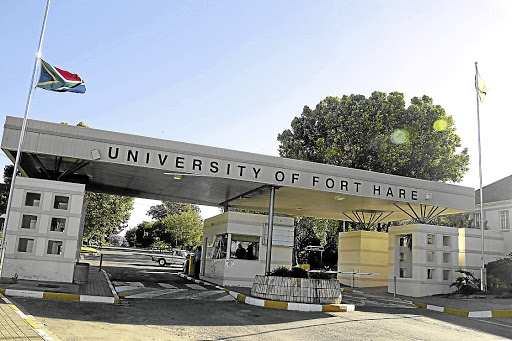 The University of Fort Hare in Alice, Eastern Cape, has had 13 murders in 15 months. /Michael Pinyana

The University of Fort Hare in Eastern Cape is appealing for divine intervention and spiritual cleansing in response to the violent deaths of 13 students in 15 months as bereaved relatives gear up for a lawsuit.

At the funeral of student Ayabonga Siphumle Nazo in Mqanduli on Saturday, the university's head of sport, Loyiso Lange, said: "Last year, we lost 10 lives, and this year alone, three students have already been killed.

"They all died violent deaths. The university is appealing for divine intervention. We were aiming at having a multi-religious ceremony to cleanse the institution.

"We call upon religious leaders, traditional healers and community leaders to put Fort Hare in their prayers. We need this to come to an end," the distraught Lange prayed.

Nazo, 21, a second-year BSc geology student, was hit on the head with an iron rod by a fellow student at the university's Marikana residence in Alice on March 13.

He was rushed to nearby Victoria Hospital and later transferred to Frere Hospital in East London, but he succumbed to his injuries eight days later, on March 21.

A student at the University of Fort Hare has died of injuries sustained during an assault at a residence, university management said.
News
1 year ago

Mourners at his funeral accused the university of negligence, saying Nazo would still be alive if proper security measures had been in place.

Nazo's friend, Kwakhanya Poswayo, told mourners how they were attacked in their room by three students armed with iron bars and a knife.

"We are obviously going to take some legal action against Fort Hare. We did not send Ayabonga to that institution to be murdered by fellow students in the presence of security personnel, who made no effort to prevent this murder.

"We will fight them. How many students must die before the institution takes measures to deal with its security laxity? Who should die before they catch a wake-up?"

Ayabonga's cousin, Bongiwe Kunju, said the family was disappointed at the manner in which the university had dealt with the matter.

The university sent three representatives - Lange, accommodation officer Thanduxolo Makapela and security co-ordinator Mfundo Paliso - to the funeral at Manqobe village. But the family said they had expected vice-chancellor Professor Sakhela Buhlungu or at least someone from senior management.

"This is another element showing us that the university top brass does not care and does not value our children, whom we have entrusted them with.

"We have written a letter asking to see the VC and dean of students, but we have not even heard from them,'' said Bongiwe.

OR Tambo district municipality chaplain Pastor Ntuthu Maji said the university should get its house in order and ensure the safety of its students.