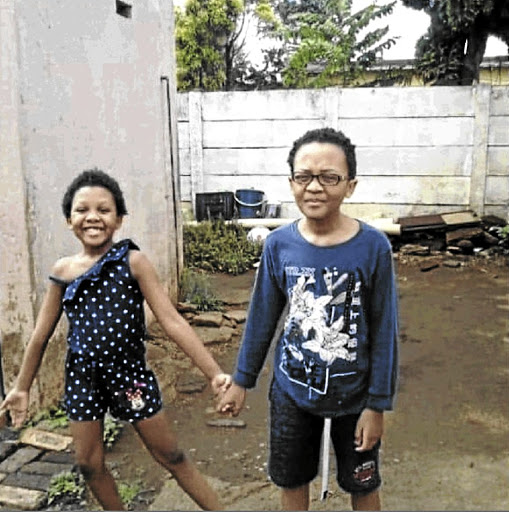 A mother is fighting for her life in an intensive care unit after she and her two children, who died an hour after supper, were apparently poisoned.

Sindiswa Moloi, 33, from Katlehong in Ekurhuleni slipped into a coma and was admitted at a hospital in Alberton following suspected poisoning which killed her two children Nkanyezi, 11, and Michelle, 8.

The two were certified dead near their Tshongweni Section home in Katlehong on Thursday evening - about an hour after eating supper.

Moloi's family suspects that a very close family relative may be behind the alleged poisoning incident.

"We have not yet made arrests because we are waiting for the laboratory results to confirm if what was found on the food they ate was indeed poison," said Mathobela yesterday.

Mathobela said Moloi's husband was taken in for questioning after he admitted to the police that he cooked the food but did not eat it himself. He was later released after being interrogated.

He said after Moloi's husband's release, he was also admitted into a different hospital after he allegedly also consumed food with poison.

"He is not in a critical condition. Investigation is ongoing," he said.

Moloi's cousin Beverley Mofokeng, who was among the first to arrive at the scene, said: "Just after 7pm, the first child - Nkanyezi - began to feel sick."

She said the incident happened around an hour after the family had supper.

"While they were waiting for the neighbour to drive Nkanyezi to hospital, Moloi also collapsed and she and her son began discharging froth from their mouths," Mofokeng said.

A former Johannesburg Metro Police Department (JMPD) officer who served her children breakfast laced with poison and then shot them had turned to ...
News
2 years ago

Four children have died after they consumed a toxic substance at a dump site in Port Elizabeth, Eastern Cape, police said on Tuesday morning
News
2 years ago

Within minutes, Michelle also collapsed with froth coming out of her mouth.

"The children took their last breath lying down, while their mother was rushed to hospital where she was admitted in the intensive care unit upon arrival and her husband was there watching," said Mofokeng.

Sibongile Letele, Moloi's mother, said she got a call about the incident on Thursday night while she was in Soweto, where she currently lives.

"My relatives called me around 9pm and told me that I should come to Katlehong because my daughter was being taken to hospital and her children had died at the neighbour's yard while waiting for emergency services," she said.

Letele said she gave her daughter Moloi and her husband her Katlehong house two years ago after they moved out of a rented apartment in Johannesburg due to financial struggles.

But she said she had begged her daughter to come back home with the children because, as a mother, she could tell that Sindiswa was no longer happy with something, even though she had been very secretive about it.

"Just before this incident happened I begged her to come back home, I don't know how I will tell her that her children have died when she wakes up from the coma," said Letele.