Manaka Ranaka weighs in on mother who killed her four children 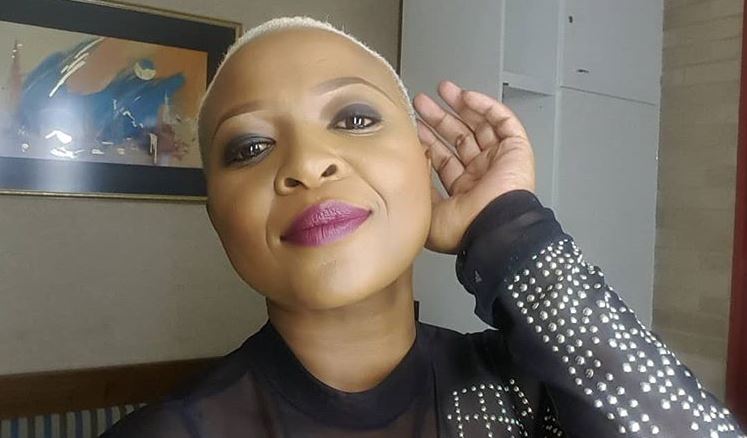 Generations: The Legacy actress Manaka Ranaka was left heartbroken at reports of a mother who poisoned her four children.

According to EWN, Zinhle Maditla pleaded guilty to four charges of murder at the Middelburg high court on Monday after allegedly poisoning her children with rat poison.

Maditla's children were between 11 months and eight years old.

She handed herself over to the police in December last year after she called relatives to go to her house where her children's bodies were found wrapped in blankets.

Zinhle Maditla, who stands accused of murdering her four children, has indicated that she now wants to apply for bail.
News
3 years ago

Manaka, like many of us, was watching the court proceedings play out and took to social media to share her thoughts on the trial.

Sharing a screenshot of the woman in court and another of a women who killed her two children allegedly for "getting in the way of her sex life", Manaka claimed that children were often abused by women meant to protect them.

"When it comes to child abuse, we women take the cup shame... And don't even try to deny it," she wrote.

She pointed to several reports of children being abused at crèche and domestic helpers abusing their boss's kids as evidence that women can sometimes be trash.

"All these crèche videos with female child minders or teachers abusing our children at school and domestic helper videos ill treating their boss's helpless children. We are trash. It's time we start pointing the trash finger at ourselves too."

A series of psychological evaluation reports have certified that the Witbank mother who allegedly poisoned her four children in December 2018 is not ...
News
3 years ago

Delay in case of Witbank mom accused of killing her kids

The case against the 24-year-old woman from Klarinet in Witbank accused of killing her four children in December has been postponed.
News
3 years ago

The case against the 24-year-old woman from Klarinet in Witbank accused of killing her four children in December was on Thursday postponed in the ...
News
3 years ago
Next Article