'How many more must die on road', grieving families of Eastern Cape bus crash ask 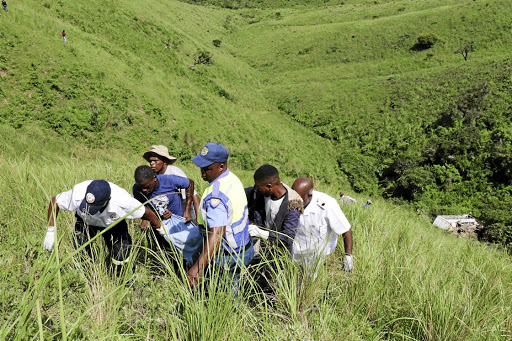 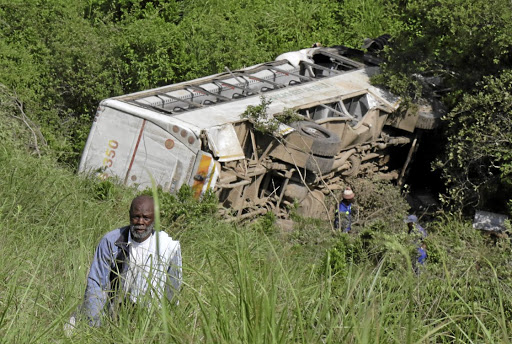 The families of those killed in the Centane bus disaster in the Eastern Cape are struggling to accept that their loved ones are gone forever.

A cloud is hanging over the villages of Cwebe and Lusizini, homes to most of the dead passengers.

On Tuesday, social development workers, other officials and church leaders were on hand to comfort and counsel the grieving families.

A ceremony was held at the Butterworth town hall before the families took the dreadful journey to identify the deceased's bodies at Butterworth Forensic Mortuary and sign documents to give permission for postmortems to be conducted.

Distraught Lungile Susela, who travelled from King William's Town to identify the body of her sister Hombakazi Nomzi Susela, said: "I am devastated that my sister died in this horrific accident. I think the government and the bus company should take responsibility for this..."

Mavis Tolom-Nquma, who lost her elder sister Novusile Komani, said: "This is very traumatic, it has left us all confused. She was such a sweet soul and a pillar of strength for us all at home."

The families of the victims of Monday's horror bus crash that claimed 29 lives and left 68 people injured near Centane, Eastern Cape, yesterday began ...
News
1 year ago

Mncedisi Papa cried out in shock and disbelief when he saw the body of his mother Nothobile Papa. "I can't believe it's my mother who is dead ... no, it cannot be.

The last time I saw my mother was early on Monday when I accompanied her to the bus [stop].

"She was full of life and there was no indication that I would never see her alive again. This is very devastating. Now there are 64 people who have died on the roads of Centane.

"How many more must die before these roads are fixed?"

The health department's acting director for forensic pathology services, Dr Mtandeki Xamlashe, had his hands full when the identification process became chaotic, with some families wanting to enter the small office in large numbers.

Xamlashe said: "Their anger is understandable. They have just lost their loved ones in a horrific accident. They are still distraught and traumatised. All they want is to see the bodies of their relatives."

Nxaxho villager Jackson Matroos, 67, was hailed a hero. He took several trips with rescue personnel down the hill to bring the injured people from the wreckage to the top of the treacherous hill and took several others to hospital.

"In my heart all I wanted was to save as many lives as possible," Matroos said.

"I wish we could have saved all the lives in the bus but unfortunately only God decides. It is a pity that we have lost lives."

The families of the deceased and traditional leaders have called for a cleansing ceremony to be conducted at the crash site. Some of the bodies are being kept in Butterworth and others in East London.

Twenty-one people died this morning when a bus they were travelling in plunged into the ravine after losing control on Centane road in Eastern Cape.
News
1 year ago

Transport minister Fikile Mbalula on Tuesday placed the death toll at 29, with around 60 people injured.
News
1 year ago

A man who accosted his family at the weekend and then brutally hacked neighbours with a bush knife when they intervened is facing three counts of ...
News
1 year ago
Next Article