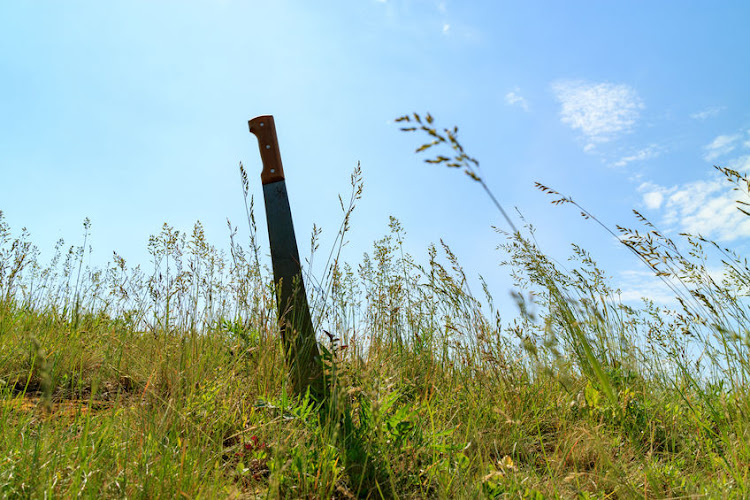 The man turned on his neighbours when they tried to intervene. Stock photo.
Image: 123RF/Andrei Metelev

A man who accosted his family at the weekend and then brutally hacked neighbours with a bush knife when they intervened is facing three counts of murder and three more of attempted murder.

The 49-year-old man from the Eastern Cape fatally hacked three women - aged 17, 39 and 52 - during the altercation on Sunday.

Capt Jackson Manatha said in a statement that the man, armed with a bush knife, accosted his family at Gqunqe Village in Centane in the morning. They managed to run away to safety.

“When he came back, it is alleged that he attacked his neighbours with his bush knife .... Three people who tried to intervene were attacked and seriously injured and were all taken to Tafalofefe hospital, Centane,” Manatha said.

He said they all subsequently died.

Police investigate after two bodies found next to roadside in Uitenhage

Eastern Cape police are investigating a double murder case after the bodies of two unidentified men with gunshot wounds were found lying on the ...
News
2 years ago

The attacker ran away and hid in a nearby forest.

The motive behind the murders was unclear. The man is expected to appear at the Centane magistrate's court on Tuesday.

The identities of the dead were being withheld as some of their close relatives had yet to be informed about their murders.