Murders down in festive season, nearly 25,000 drunks taken off the streets 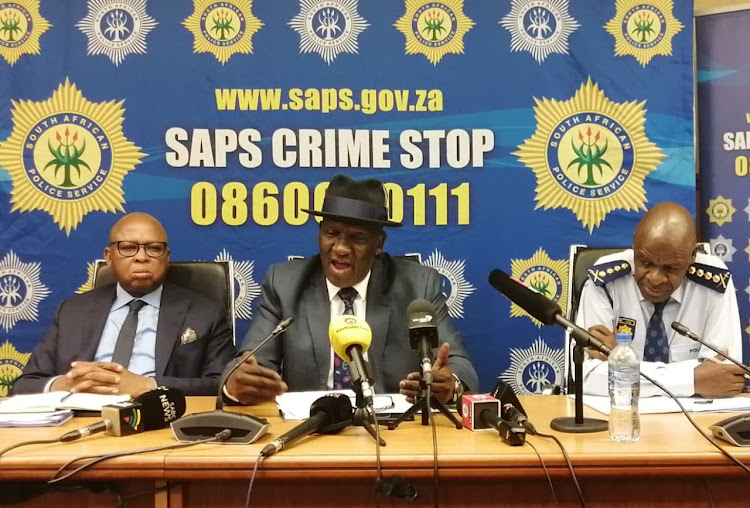 South Africa's murder rate declined by 1.4% and 24,827 drunk drivers were taken off the country's roads during the festive period.

This was revealed by police minister Bheki Cele, who was speaking at the SAPS provincial offices in Durban on Tuesday.

Cele said that despite a reduction in crime countrywide, in which he made specific reference to the Western Cape - which for the first time in five years experienced a reduction in violent crimes over the festive period - KwaZulu-Natal and Mpumalanga were the only two provinces which under-performed.

He attributed the reduction in crime to the decision taken by police management, as early as September, to focus their attention and "hit hard" in areas where alcohol was known to be a common denominator.

Gauteng police have launched a manhunt for three men following the deaths of five patrons at a tavern in Freedom Park, south of Johannesburg, on ...
News
2 years ago

"Alcohol plays a big role as a generator of crime. Operational plans were put in place to ensure there were more boots on the ground, especially on weekends and around areas where alcohol consumption is high."

He said 24,827 drunk drivers were taken off the country's roads, almost 5,000 more than in the previous period.

"Police shut down 6,124 liquor stores and taverns due to non-compliance. Almost 2,000 of these outlets were operating out of the Eastern Cape."

Almost 1,500 firearms and thousands of rounds of ammunition have been handed over to police since the start of an amnesty for illegal and unwanted ...
News
2 years ago

Police minister Bheki Cele told South African Police officers that deadly force was within the law when dealing with criminals.
News
2 years ago

He said homes and business property were safer this festive period.

"Property-related crime, such as burglary at residential and non-residential premises, theft out of vehicles and stock theft decreased by 10.2%."

He said 4,831 firearms were confiscated during the period, and this figure did not include surrendered firearms.

Cele thanked the men and women in blue who worked tirelessly over the festive period and responded positively.

"We had less than 10% of our members on special leave."

Cele admitted, however, there were some stubborn crimes which needed addressing and intervention.

He revealed that car and truck hijacking cases during the 2019 festive season period increased by 11% and 9% respectively.

Bonginkosi Ndevu, the sixth suspect to be arrested in connection with the murder of a police constable at Coffee Bay in the Eastern Cape, appeared in ...
News
2 years ago

A bounty of R50,000 is being offered for information on the whereabouts of a Durban man wanted in connection with a double shooting committed last ...
News
2 years ago

The Passenger Rail Agency of South Africa has in the past two years lost almost R1bn to train fires, vandalism of power stations, public disorder, ...
News
2 years ago
Next Article