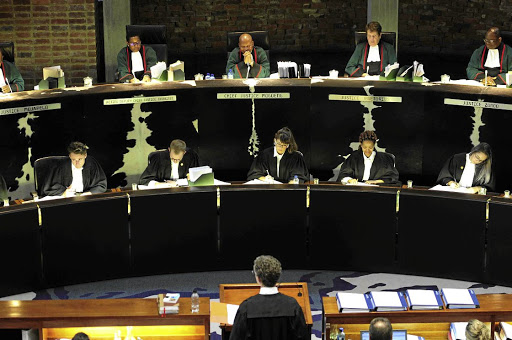 The past decade has seen SA's highest court, the Constitutional Court, play a key role in being the final arbiter in our young democracy.

The court has been at the heart of strengthening democracy and, most importantly, helping the executive to have an understanding of its role - in a constitutional democracy.

In September last year, the court confirmed in a landmark ruling that dagga users were free to blaze their joints in the privacy of their homes without fear of being prosecuted.

The court's judgment declared that it was no longer a criminal offence for people to cultivate and use dagga in the privacy of their homes. The unanimous judgment by deputy chief justice Raymond Zondo rendered certain sections of the Drugs Act and Medicines Act unconstitutional on the basis that they infringed upon the right to privacy as enshrined in the constitution.

The ruling was a confirmation of a 2017 Western Cape High Court judgment that afforded the applicants the right to use the herb in the privacy of their homes freely. The ConCourt gave parliament 24 months to correct the constitutional defects in the Drugs Act and the Medicines Act.

On a frigid September morning in Mkumbi, a remote village in the Pondoland region of the Eastern Cape, 63-year-old Sizane Nompethu rose at dawn and ...
News
2 years ago

In March 2016, the court's judgment in what became known as The Nkandla judgment found that remedial actions directed by then public protector Thuli Madonsela, were binding unless set aside by a court of law.

The ConCourt found, in a unanimous ruling, that by failing to implement the remedial action directed by Madonsela in her report on Nkandla, former president Jacob Zuma had breached the constitution.

Zuma also suffered another devastating blow when the court also ruled in December 2017 that the National Assembly failed to put in place mechanisms to hold him accountable on the Nkandla matter.

Three months ago, the apex court's decision that parents no longer have a defence if they are accused of assault for smacking their children at home received mixed reactions. The ConCourt upheld an earlier ruling by the high court to do away with the common law defence of reasonable chastisement when spanking a child.

Though there was no evidence that the two, and six other accomplices, all raped eight women, they were convicted on the basis of common purpose. Before their conviction, the doctrine of common purpose did not apply to rape.

The judgment by chief justice Mogoeng on parental spanking of their kids is extremely distressing.
Opinion
2 years ago

Grandparents must get second shot at raising children

In light of the Constitutional Court ruling against corporal punishment in the home, there is a conversation I wanted to bring to the fore.
Opinion
2 years ago
Next Article