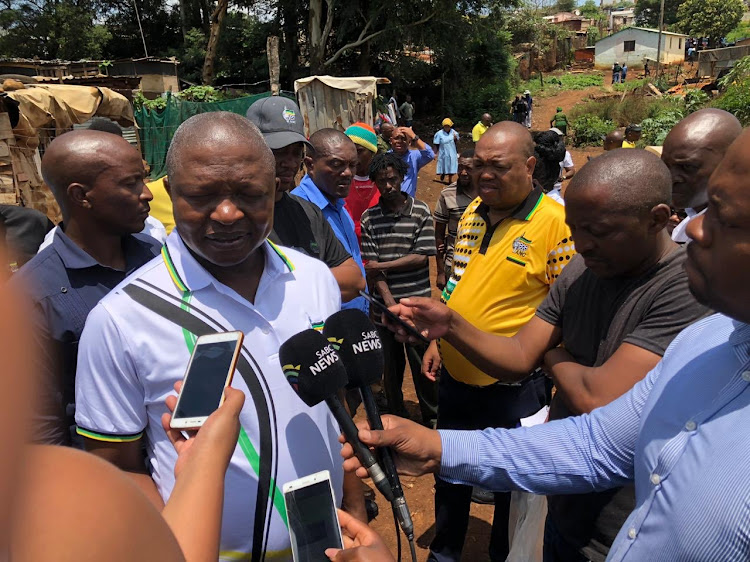 Mabuza told reporters on the sidelines of an ANC blitz in Kimberley that Eskom would be unable to stop load-shedding until its maintenance crisis was resolved.

“They’ve misled the president, but right from the day we went there with the president I insisted on maintenance,” he said. “We will deal with the problems of Eskom. Yes, these are problems we are confronting as ANC and as government. We are not running away from it,” he said.

Mabuza’s comments came a day after Ramaphosa told a community meeting in Kimberley that he was dealing with the challenges facing the power utility.

Ramaphosa said they were working to maintain old power stations. “We are improving the management of Eskom,” he said.

There is a “high likelihood” of load-shedding on Wednesday night, Eskom said, after enforced power cuts overnight on Tuesday.
News
2 years ago

Enforced electricity cuts have been imposed, effective from 8am on Thursday to 6am on Friday
News
2 years ago

Ramaphosa said at the end of 2019 there would be no load-shedding until January 13 but South Africans have endured rolling blackouts since last weekend.

Eskom has attributed the load-shedding to a litany of reasons, including the breakdown of some power stations.

Mabuza went to the Diamond Pavilion Mall in Kimberley to mobilise people to attend the ANC birthday rally on Saturday.

“We've got challenges. I think every country has got its own challenges. I don’t think people should say we are gatvol,” said Mabuza.

He said every country had its own problems of unemployment but added that the ANC was going to deal with poverty.