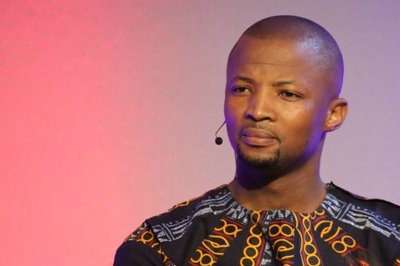 The UDM's deputy president, Nqabayomzi Kwankwa, has questioned the women's department's role, saying it has failed to face the challenges of gender-based violence (GBV).

Kwankwa attended the National Assembly's debate on 16 Days of Activism for No Violence Against Women and Children on Tuesday.

The debate was under the theme, “Enough is enough — 365 days to end Gender-Based Violence”.

In his speech, Kwankwa said the department was doing little-to-nothing.

“This department, to us [UDM], fails us in its programme of social transformation and economic empowerment. Policy stakeholder co-ordination and knowledge management, even though useful, is not what we need to address the current crisis of gender-based violence.

“The department has no teeth and issuing statements after violence has occurred, as required, is not useful,” said Kwankwa.

He said a major point of concern for the UDM was that alleged crimes were reported daily on social media.

“As a society that lives in the digital era, we have to do something about the rising levels of GBV that take place in online spaces, with little girls and young women regularly reporting harassment and abuse on these platforms that go unpunished and unnoticed to a point where they [have] to exercise self-censure,” he said.

When contacted for comment, the women's department said it doesn't comment on statements made by political party heads.

Gender-based violence has so far claimed the lives of 251 children in Gauteng in the past five years.
News
2 years ago

With three children killed in SA every day, parents need to step up

As South Africa marks another 16 Days of Activism campaign, the DA in Gauteng has revealed that 251 children lost their lives to gender-based ...
News
2 years ago

Kwankwa also said that every year the country shines a spotlight on the issues of GBV and the National Assembly debates them, but no progress was being made.

“Anecdotal evidence suggests that in the past we've seen violence against women and children escalate and we must acknowledge the role that the media has played in highlighting this devastating phenomenon,” said Kwankwa.

He said there was a tendency among men to shame and blame victims for the violence.

“I would like to make it categorically clear on behalf of the UDM that our women and children cannot be held responsible for the violence that happens to them. It is the responsibility of the perpetrators.”

Parliament debate on 16 days of activism:

What is the use of having a Women's Department if that Department seems to be doing very little to nothing about the challenges of Gender-based violence.#16DaysOfActivism #GenderBasedViolence @N_Kwankwa pic.twitter.com/do8womJZn1