'We are ashamed': Violence against women and children must end, says Ramaphosa 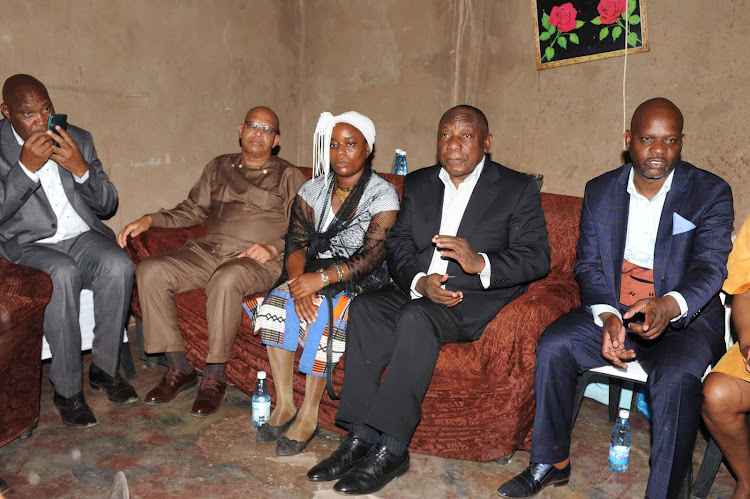 President Cyril Ramaphosa said on Sunday that violence against women and children must end.

Ramaphosa was speaking to the media after visiting the home of 21-year-old Limpopo student Precious Ramabulana, who was murdered in her rented room on Sunday last week

“We express deep sorrow on behalf of the people of SA that yet again, we’ve lost another life of a young woman, who was brutally murdered having been stabbed 52 times by a man,” Ramaphosa said.

He said it was unfortunate that the incident had happened during the 16 days of activism of no violence against women and children.

“It saddens us because it follows the death of many other women in our country ...

#PreciousRamabulana President Ramaphosa addressing the members of the media after spending time with the Ramabulana family. TMM pic.twitter.com/3Ec2pEGzbt

“We are ashamed that as men, we seem to have declared outright war against the women of SA. This is a shame that a young girl, who had such a promising future, her life has been cut short by a man who slaughtered her like an animal,” Ramaphosa said.

“We want violence against women and children to be brought to an end.”

He said government had embarked on a major campaign, backed by a “huge” budget, to ensure that the message was spread that the days of men killing women were numbered.

A 28-year-old man was arrested for Ramabulana’s murder at his parents’ home in Nyakelang Village, Botlokwa, in the early hours of Thursday.

According to Ramabulana’s family, he was found in possession of her cellphone, bloodstained clothes and a sharp object.

Gender-based violence has so far claimed the lives of 251 children in Gauteng in the past five years.
News
2 years ago
Next Article