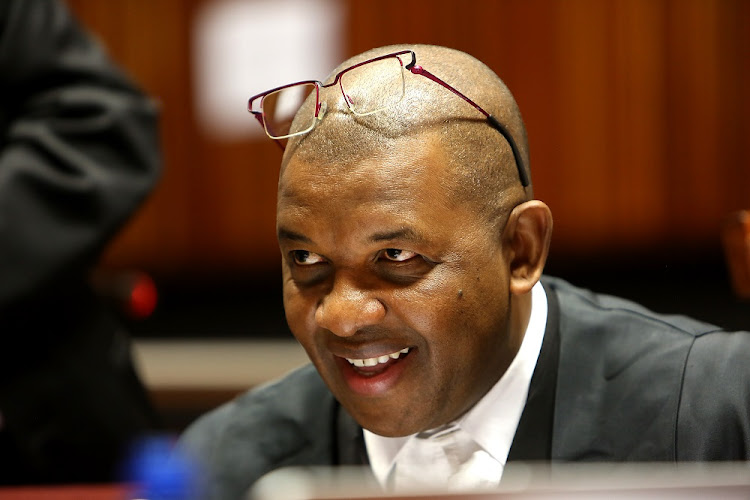 After John Steenhuisen was elected DA's interim leader on Sunday, EFF national chair Advocate Dali Mpofu joked that qualifications weren't a requirement when it came to leading the DA and the ANC.
Image: Alon Skuy/THE TIMES

EFF national chair Dali Mpofu has taken a jibe at the ANC and the DA over the lack of qualifications in leadership.

This after John Steenhuisen was elected the DA's interim leader on Sunday.

After the news, Mpofu joked that qualifications weren't a requirement when it came to leading the DA and the ANC, taking a jab at Steenhusien and former president Jacob Zuma.

Taking to Twitter, Mpofu, who has a BProc and an LLB, shared a joke about discussing the importance of working hard to obtain an education with his daughter.

Twitter reacts to news that John Steenhuisen did not study beyond a Grade 12 certificate.
News
3 years ago

The advocate asked his daughter where she thought she would end up without qualifications, to which she responded "leader of the DA or the ANC".

While Zuma has said he did not attend school, he has several honorary doctorates. Steenhuisen has a matric.

Last year, Steenhuisen was criticised for his lack of tertiary education after Sowetan's sister publication Sunday Times reported that the DA caucus in the KwaZulu-Natal legislature recommended that only an MP with a university degree be considered for the position of chief whip. He has maintained he didn't need a degree to serve SA.

"I don't have a university degree. I have never pretended to. I enrolled for a BA in politics and law. However, like many South Africans, I never finished it due to financial and work pressures. I am not ashamed of this," he told parliament last year.

Steenhuisen also said he didn't need a degree to see politicians for who they really are. He was referring to the EFF, saying tertiary qualifications didn't prevent the party from allegedly committing crime.

Patricia de Lille says she welcomes the charges levelled at her on Sunday by the DA.
News
4 years ago

Student activist and "fees must fall" leader Mcebo Dlamini's trial has been delayed because he is writing exams.
News
2 years ago