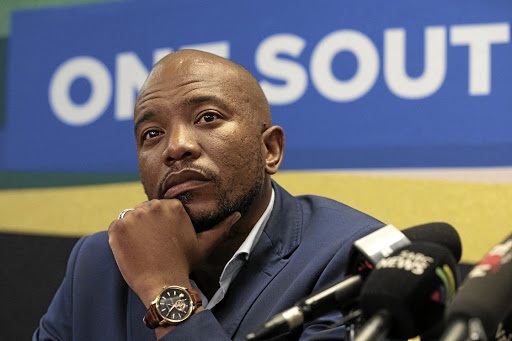 Mmusi Maimane, you are next, the reader warns.
Image: Thulani Mbele

Selling drugs to destroy children of another country is xenophobic. SA must demand apology on behalf of its citizens, and stop creating further problems for our kids with these pathetic apologetic "envoys". - Kagiso Sedumedi, Oxfordshire

Juju, Floyd feel nothing for SA

According to the information coming out, EFF leaders Julius Malema and Floyd Shivambu have looted the VBS bank like they looted Limpopo province through tenders. Surprisingly, intellectuals like Mbuyiseni Ndlozi and Dali Mpofu support these crooks. Malema and Shivambu are not for the interests of the country and her people. -. Lesolanka

I smell a rat over Proteas rout

Are the Proteas so bad in the current test series being played in India? I smell a rat. - James Mathye

I challenge all coaches to discuss the mistakes of PSL referees even those who benefit from the errors . Referees make mistake, coaches make mistakes, so do players. That is part of football but we can fix the mistakes in the game. - Sputla