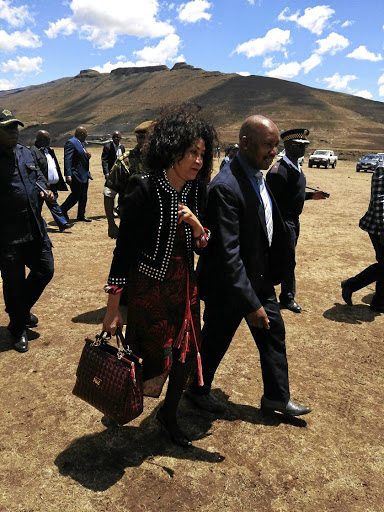 Water and sanitation minister Lindiwe Sisulu says the water SA is currently getting from the multi-billion rand Lesotho Highlands Water Project is not enough and needs to be increased urgently.

Sisulu was speaking in Malingoaneng, the Mokhotlong district of Lesotho, yesterday, while participating in two ceremonial blastings for the construction of phase 2 of the project which will see the construction of the new dam named Polihali. The dam will be downstream from the confluence of the Senqu (Orange) and Khubelu rivers.

"The (new) dam will augment the water that we have in the area of Gauteng, water from the first phase of the project is not enough but it will also provide water to the Free State, North West and Mpumalanga," Sisulu said.

She said SA was currently experiencing water hardships due to drought.

The Lesotho Highlands Water Project (LHWP) is a multi-phased project initiated to provide water for Gauteng province in SA and to generate hydro-electricity for Lesotho.

According to the department, the first phase of the project contributes water amounting to around 27% of the entire integrated Vaal River system.

The project was established by the 1986 Treaty signed by the governments of the Kingdom of Lesotho and the Republic of South Africa.

Everything you need to know about the 'water crisis' in SA

Here is what you need to know
News
2 years ago

The project entails harnessing the waters of the Senqu in the Lesotho highlands through the construction of a series of dams including the Katse and Mohale, which were constructed during the first phase which was completed in 2003.

Lesotho water minister Samonyane Ntsekele said the project would also benefit the landlocked country as it will generate hydro-electrical power.

"The project will also bring to life the development of roads, housing, high power electricity and the construction of diversion tunnels which will connect with the Senqu River," Ntsekele said.

Sisulu and Ntsekele participated in the two ceremonial blastings which signify the beginning of the construction work for the dam and one of the water diversion tunnels.

Meanwhile, Joburg Water imposed level-1 water restrictions last month, which prohibits the watering of gardens between 6am and 6pm and the washing of paved areas using hose pipes.

Other municipalities in Gauteng, North West and Mpumalanga have also imposed water restrictions.

It's been seven days since residents of Klipfontein View in Midrand saw any drops of water coming out of their taps. Residents said they last had ...
News
2 years ago

MPs have accused top ministers in President Cyril Ramaphosa's cabinet of undermining parliament after they snubbed a SCOPA meeting to discuss the ...
News
2 years ago
Next Article