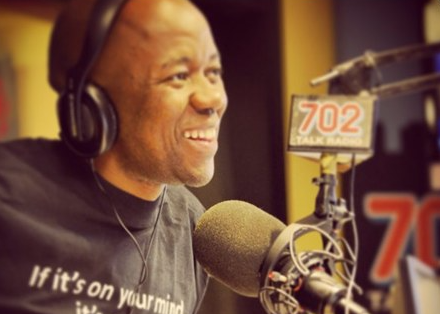 The SA flag will fly at half-mast from Friday night in KwaZulu-Natal in honor of broadcaster Xolani Gwala, who died last week.

The announcement was made by The Presidency on Friday evening. It was also announced that Gwala's funeral service, in Impendle in KZN on Saturday, had been declared a "special provincial funeral category 2".

Gwala died on November 1 after battling cancer. He was 44-years-old.

“We have lost a youthful veteran in an important sector in our country. As a professional who qualified in the mid-1990s, Xolani Gwala carried with him the values of our transition to democracy – the values of listening and being open to views that conflict with or offend your own, and a focus on solutions," President Cyril Ramaphosa said.

Hundreds of people gathered at Our Lady of Lourdes Catholic Church in Rivonia, Johannesburg, to pay their respects to departed radio journalist ...
News
2 years ago

Xolani Gwala's funeral will take place on Saturday, after which he will be buried in Impendle, KZN
News
2 years ago

Farewell my rock, my love

Let me start by thanking all our friends, family and the greater South African public for the outpouring of love over the last few days.
Opinion
2 years ago
Next Article