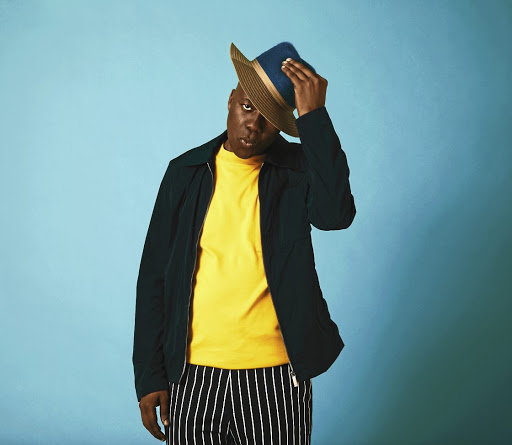 In the farm lands of the then Natal Midlands, a school that was meant to nature young boys to become priests of the Roman Catholic Church was clearly absorbing more and more learners who had no aspirations of being men of the cloth.

These boys, including the likes of deputy chief justice Raymond Zondo, were sent there by parents who felt that the school provided a safer environment in the now KwaZulu-Natal province that was ravaged by pre-1994 violence and instability.

This is where I met Xolani Gwala, 44, at St Mary's Seminary, a church boarding school just outside of the small rural town of Ixobho. From the beginning, you couldn't but notice that the guy was very clever.

At the time, academic results were released according to how best you performed versus your classmates. The fight for number one spot for exam results was probably as important as winning a soccer league, and Xolani was always in that top three contest.

Academic staff happened to be largely educators who had had one problem or another with the apartheid education system. Among them was the firebrand late ANC activist Reggie Hadebe, who taught history - as and when he was not in detention under the state of emergency.

With that political influence, we all followed ANC and a few went to the PAC.

But Gwala didn't. Despite his strong belief in freedom and social change, he would not submit into a party political arrangement which largely predetermines one's political perspective.

Post matric, we split way. He went to Natal Technikon to do public relations and I went to ML Sultan. In no time, he was reading news bulletin on UkhoziFM.

At this one point, we were in a taxi and Xolani was being his loud self. We heard one lady asking someone next to her: Kanti uhamba ngamataxi? Celebrities are not expected to be in a minibus taxi. Gwala's response was another big laugh. He never saw himself as a celebrity.

As his career advanced, Gwala's love for German cars became clear. As a result, when I worked for VW South Africa (VWSA), we had to appoint him as brand ambassador due to his attachment to our brands.

Part of the deal was that he would also be a master of ceremony at the launch of VWSA social responsibility programme to improve mathematics and physical science outcomes at Bokgoni Technical Secondary in Atteridgeville, Pretoria.

'These last few months have been precious, and we are eternally grateful that Xolani has been able to spend them with us as a family'
News
2 years ago

It was a big occasion, with then education minister Naledi Pandor, then Gauteng education MEC Angie Motshekga and VW board member Saki Macozoma present. With no prior notice, Xolani announced from the podium that he was donating all his fees for facilitating the event to the school. It was a good couple of thousand rands he donated impromptu like that to a school he was visiting for the first time.

That was a typical Xolani, genuinely concerned about the socio-economic difficulties of the people of SA. Amid the HIV/Aids debate of the mid-2000, he thought there was no point in having the discussion in the comfort of SABC headquarters in Auckland Park.

He moved his flagship TV show Asikhulume to Hlabisa, an area most affected by Aids at the time. My then boss, late health minister Manto Tshabalala-Msimang, researchers and civil society groups, had to follow him there for a debate in front of people most affected by Aids.

*Mngadi is a former health department spokesperson, now a corporate affairs executive in the private sector

WATCH | 'The fight you put up was nothing short of admirable': Tributes pour in for Xolani Gwala

Tributes pour in from across the country for Xolani Gwala.
Pic of The Day
2 years ago

A year ago, Sowetan S Mag had the honour of featuring Xolani Gwala on the cover. He spoke to us about life, health and his hopes for the future.
S Mag
2 years ago

SAA pilots on Thursday said they were willing to go on strike, if necessary, unless “critical operational and technical deficiencies" were addressed ...
News
2 years ago
Next Article