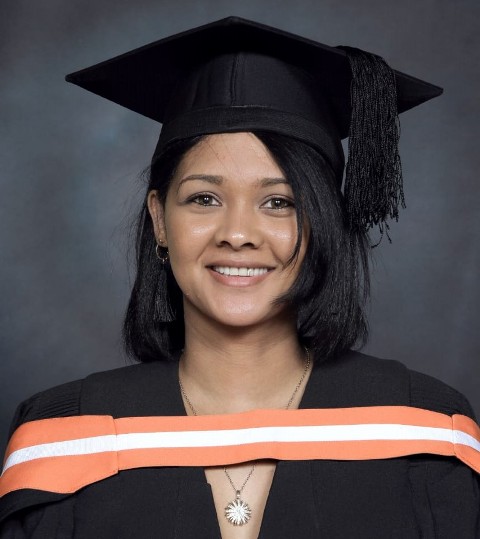 Allison Plaatjies was murdered in her flat in Clanwilliam in the Western Cape at the weekend.
Image: Supplied

Her voice is quiet and her infectious smile is no more. River of tears, broken hearts, shattered dreams remain, and too many questions are left unanswered.

All that the family of Allison Plaatjies can do now is to pick up the pieces.

Plaatjies was brutally murdered in her flat in Clanwilliam in the Western Cape at the weekend. The 26-year-old was stabbed and her injuries so severe that she was virtually decapitated.

Her cousin, Lizel Plaatjies, told SowetanLIVE's sister publication TimesLIVE on Friday that she had gone on Sunday to identify her body.

“It was one of the hardest things to do,” Lizel said.

Allison's mother and older brother were taking her death the hardest.

“The family is completely broken. The mother is taking it very hard. She is coping under the circumstances, but it is not going well at all. Her brother is quiet and you can see that it has deeply hurt him.”

Lizel described Allison - or “Sussie” as she was known - as a “child full of life”.

“She will arrive at a place then you will know she was there. She will always leave her mark,” she said.

She said Allison loved teasing and joking around.

“One day I told her when I’m done in Cape Town, I am going to open a soup kitchen in Swellendam.

“She looked at me and started laughing and asked what I am going to feed the people because I can’t even fry an egg. That is the type of person she was.”

“She was very forgiving and very generous. They stole her laptop one day and she said the person who stole it needed it more," said Lizel.

Allison loved singing and joined the gospel choir in Clanwilliam about three weeks ago. She was supposed to perform with them at a show in town at the weekend, an event she was extremely excited for, Lizel said.

“We were supposed to go watch her perform.”

Her boyfriend, Philip April, a 24-year-old student teacher, was arrested for her murder.

“I still can’t believe that he was arrested. We saw him only over holidays, like Christmas and Easter, but he was very quiet.”

Lizel said the two had had problems in the past but would always find a way to resolve them.

The boyfriend of 26-year-old schoolteacher Allison Plaatjies - who was found dead in her apartment in Clanwilliam, north of Cape Town, on Sunday - ...
News
2 years ago

“If you suspect something is wrong in your relationship, you shouldn’t keep quiet, you must do your utmost to try to figure out what is wrong and try to get out.

“We are extremely grateful for the support of the community and everyone. It keeps us going.”

Alison's close friend, Kim Matthysen, told TimesLIVE she met her at crèche and they would often have sleepovers.

“Since then we have been inseparable, especially when we reached primary and high school.

“We were like sisters and she didn’t deserve to die like this. Everyone liked Sussie and everyone was proud of her.”

She said she last saw Allison in March, adding that they made an effort to make time for each other.

“That night [in March] we probably ate the most pizza slices. She absolutely loved photos and would be angry if we took pictures without her.

“We are angry in the manner she died, but we will continue her legacy because we owe her that. Her death brought our friends closer together, because we were able to share our fond memories and made jokes.”

Billy Claasen, a community leader in the area, said both families were taking it very hard.

“It is a very sensitive case. We are not taking it well at all. It cannot be right, because it’s a young lady who lost her life in an extremely cruel manner. No one deserves to die in this manner,” Claasen said.

April had his first court appearance on Wednesday.

Claasen said they would oppose bail during his next court appearance on November 13.

“Everyone is battling to find answers," he said.