Mashaba blasts his detractors over race 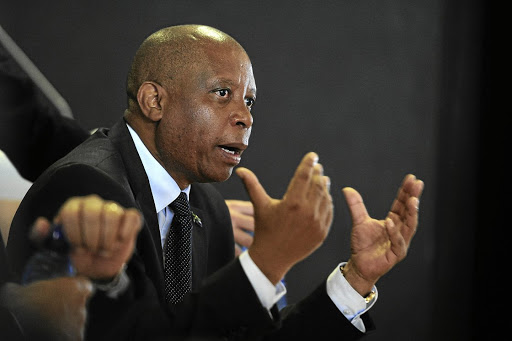 Outgoing Johannesburg mayor Herman Mashaba has rubbished claims he is a hypocrite and says he has not changed his stance on race-based policies.

Race matters are arguably at the centre of the current crises afflicting the DA. Party leader Mmusi Maimane resigned last week after Mashaba announced his departure, saying that "perhaps the DA is not the best vehicle to take forward the fight for one SA for all".

Mashaba has previously hit out at affirmative action policies, suggesting that they serve a few politically connected black elite. In an opinion piece in Business Day today, Mashaba said that experience has shown him that SA cannot afford to be academic about race issues.

Following Mashaba's resignation, which becomes effective on November 27, a number of analysts sought to point out the apparent contradictions in his stance on race.

In his resignation speech, shortly after the election of former party leader Helen Zille to chair the DA's federal council, Mashaba was at pains to point out that Zille's election represented a victory for people who stood "diametrically" opposed to his beliefs.

Mashaba said in his opinion piece in Sowetan's sister publication Business Day that being "academic" about race was a "luxury afforded only to those who have never been faced with the realities of governing".

The Democratic Alliance (DA) has announced the election of John Steenhuisen as its parliamentary leader.
News
2 years ago

"A dogmatic adherence to liberalism, or any ideology for that matter, fails to recognise that policy implementation does not happen in a vacuum. When in government, one is forced to consider the SA context and the lived experience of residents," Mashaba said.

"I do not say this in defence of BEE and AA [affirmative action]. I maintain that these policies are misguided and have done nothing to address the underlying causes of economic exclusion, including a failing education system, severe skills shortages, restrictive labour legislation and general policy uncertainty."

Instead, Mashaba said, he is advocating for necessary redress that will overcome the ills of the past, including inequality, unemployment and poverty that manifests largely along racial lines.

Mashaba said while his views on policies such as BEE have not changed, his time as mayor has made him deeply aware of the continued legacy of apartheid.

"I am unapologetic in rejecting those who would turn a blind eye to this. Does this make me a hypocrite? I daresay not," he said.

This puts Steenhuisen in pole position to take over the national leadership of the party on an interim basis ahead of congress in early 2020.