DA to elect interim leadership on November 17 after Maimane's exit 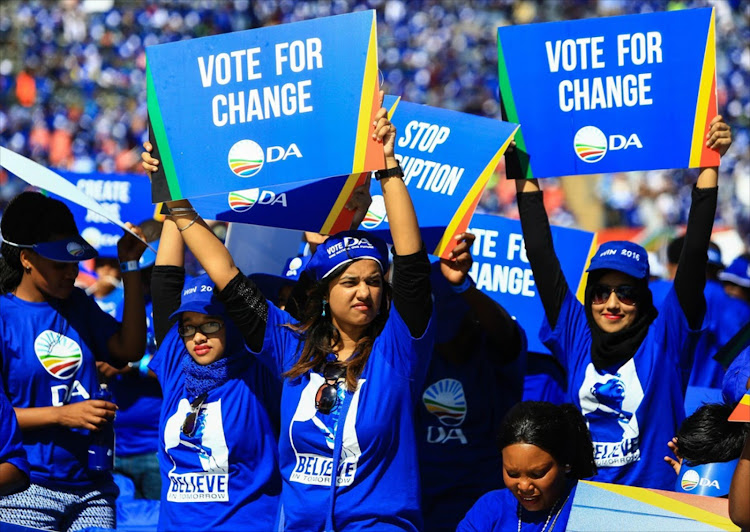 The DA will elect an interim leadership in November.
Image: Simphiwe Nkwali

The DA will next month hold its urgent federal council meeting to elect an interim party leader after the shock resignation of Mmusi Maimane this week.

In a statement on Friday, federal council chair Helen Zille said the party will hold the election on November 17. At the same meeting, the party will elect an interim federal chair to fill the post left vacant by Athol Trollip who also resigned, in support of Maimane.

Zille said the election will be held at the party’s head office, Nkululeko House, in Johannesburg.

“The interim leadership will hold their positions until federal congress is convened – which is provisionally set for April 2020.

“The DA is a resilient party of rules, structures and procedures and looks forward to electing an interim leader through constitutionally sound processes,” said Zille.

She said her party remains committed to building “one SA for all”.

“The past two weeks have been a difficult period for the party, and we thank our members, supporters and staff for their continued commitment during this time.

Julius Malema to Mmusi Maimane: 'You are a good human being'

Malema offered about words of encouragement to Maimane in the wake of his resignation as DA leader and MP.
News
2 years ago

“The DA wishes to assure South Africans that where we govern, we will continue to showcase our unmatched record in delivering services, and where we are in opposition, we will be constructive but firm,” said Zille.

The DA was left in turmoil after the two announced they would be quitting their leadership positions after the election of Zille as the chair of the federal council at the weekend.

Their resignations were hot on the heels of City of Johannesburg mayor Herman Mashaba’s resignation. Mashaba told a press briefing that the DA that emerged from the federal council meeting which elected Zille was not the one he joined.

Maimane’s resignation also means that the DA has been left leaderless in parliament.

Former chief whip John Steenhuisen has emerged as the early front-runner to replace Maimane after he indicated that he had been approached to run for the role yesterday.

KwaZulu-Natal leader, Zwakele Mncwango, who is an old time foe of Steenhuisen, is said to be the other candidate considering running for the position.