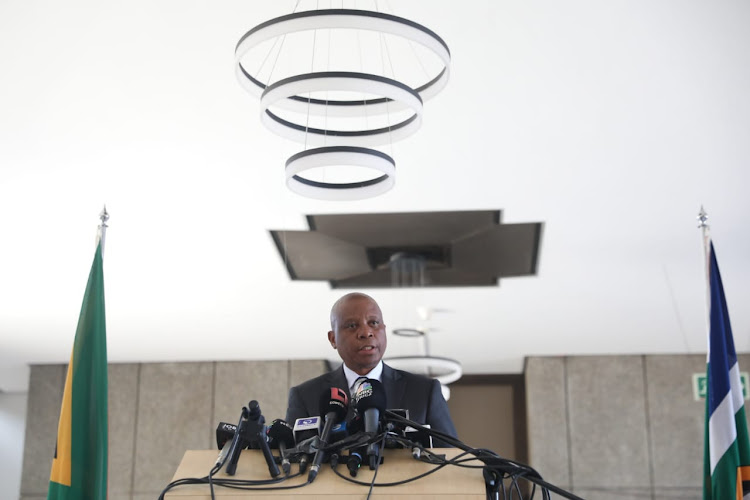 Herman Mashaba, who resigned as City of Johannesburg and DA councillor's legacy can be traced in the rubbish piles that are all over the place in and around Soweto and Alex, the writer says.
Image: Thulani Mbele

Following Herman Mashaba running away from being accountable for a mess he has plunged our city into, I hear noise from those who embrace mediocrity, saying he has left a legacy and has performed better than ANC in the past three years when he was busy destroying our city's finances and reversed the gains of city citizens, especially the poor.

His legacy can be traced in the rubbish piles that are all over the place in and around Soweto and Alex. These townships were better off before he ascended to power.

Finances of the city are in a negative and he had to loan money to pay salaries from Absa last month. I strongly believe that he must be charged for fruitless and wasteful expenditure because he spent millions, if not billions of rands, in chasing shadows of his predecessors without securing even one conviction.

He purged lot of people from revenue offices and 99,9% of them are back at work, while he was forced to pay them full salaries during their unlawful suspensions and dismissals.

DA failing to evolve for a more just society

In a dramatic turn of events, executive mayor of the City of Joburg Herman Mashaba resigned as mayor and as member of the DA.
Opinion
2 years ago

He paid huge sums of money in out-of-court settlements when he realised that he was in the wrong by unlawful and unprocedural appointment of his preferred service providers.

The so called insourcing of cleaners has left a bitter taste in the mouth of many. Yes, they are permanent with benefits, however, their hours of work have been reduced to four hours per day. Thus it affects their take home pay.

He has cut access to WiFi, thus affecting thousands of poor black people, especially youth. He further discontinued the water subsidy that our poor people were receiving each month.

He cancelled Jozi@Work that was bringing food to many families and introduced A Resebetseng that was a flop, with no buy-in from communities.

Soon reality will be exposed and those who sing his praises will eat a humble cold pizza. Let the game begin.