'Please take your car, I don't want it' 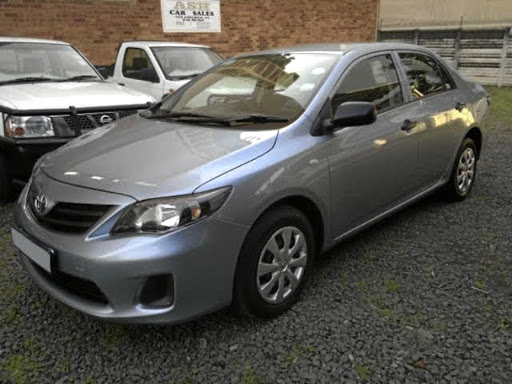 David Mailula no longer wants a Toyota Quest like this one.

Help is on the way for David Mailula, who wants to cancel the contract of a car agreement he bought last month before he faced dismissible offence at his workplace.

Mailula, 53, of Ermelo, Mpumalanga, wanted to buy a second hand Toyota Quest from Auto Pedigree but later cancelled the deal before taking delivery after his employers served him with a letter initiating disciplinary proceedings against him.

The disciplinary charge was served on him two weeks after he had signed the contract, he said.

He called the dealership, and also visited them, to explain his plight as the offence he is appealing against is a dismissible one, he said.

"Should I lose my job I will not able to pay the instalments for this car, and the bank will repossess it at the end of the day," Mailula said.

"Auto Pedigree is refusing to cancel the contract, and say I need to sell the vehicle privately," Mailula said.

He has not taken possession of the car. It is still in the care of the dealership, he said.

"My argument is that I have not taken possession of the vehicle, and I am not in a business of selling vehicles but they are," he said.

Widow in limbo after no-pay

The widow of deceased mineworker Olebogeng Manchonyane believes she was misled into believing that her husband would be compensated to the tune of ...
Opinion
2 years ago

He said no one would buy the vehicle from him inclusive of the finance charges when the market value of the vehicle is less than half of what they are charging him.

"They are in a better position to sell the vehicle to any one the way they want to sell it. I am willing to pay for any reasonable charges incurred."

Mailula said he thought he was being treated unfairly and wanted the bank and the dealer to avoid this "reckless lending".

"I think this is not a good business practice, and that it is infringing on my constitutional right to cancel the contract," he told Consumer Line.

He said the National Credit Act (NCA) allowed the consumer to return goods to the credit provider when they foresee that they may not be in a position to repay their instalments.

"The Act says the consumer may be required to pay a reasonable cost of having any goods returned to the credit provider, and restored to saleable condition," Mailula.

He said the NCA allowed him to surrender the goods that are subject to credit agreement. "I have just done so, and expect them to sell the car at the best possible price there is so that I do not remain indebted to the bank," he said.

"My circumstances will soon change as I will have no income going forward. This is why I want the deal cancelled."

Joanne Isaacs, who heads the Nedbank marketing and communications division, said they were looking into Mailula's request.

"Subsequent to receiving the complaint, our dedicated complaints team engaged with both the client and the dealership to work out the best course of action to resolve the issue," Isaacs said.

She said the process to find a resolution to the problem is underway, and a decision could be reached after November 6.