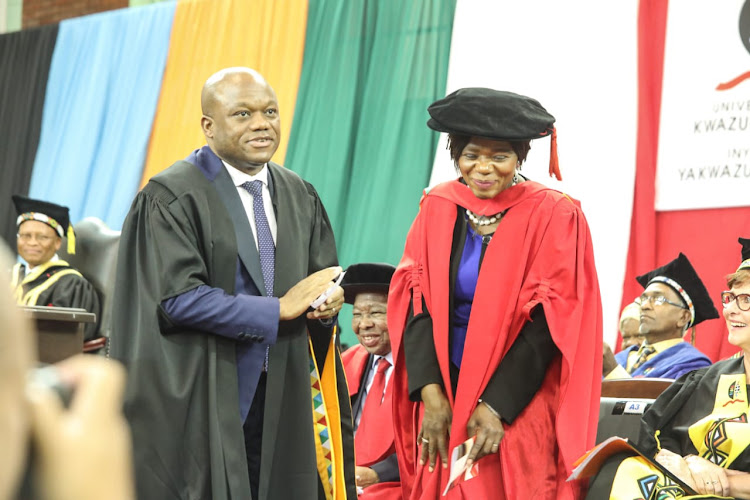 Madonsela was addressing graduates on Thursday at the University of KwaZulu-Natal’s spring graduation, where chief justice and UKZN chancellor Mogoeng Mogoeng conferred an honorary doctorate of laws degree on her.

"I am about to make an example with someone who tweeted on August 10 that I am a spy paid by George Soros among others. I intend to sue that person and donate the proceeds to our Action for Inclusion fund, which we are about to establish to make sure, among other things, no student is financially excluded at the beginning of 2020," said Madonsela.

When asked who the person was that she intended suing, Madonsela did not give a name but said that she was in the process of filing papers.

During her acceptance speech, Madonsela thanked all the people who helped her attain her numerous accolades, people who she said were often never mentioned.

"My regret is that the men and women I have led with to achieve the results that are being honoured are not here to celebrate this honour, nor mentioned in such awards. The truth is that it takes a village to achieve the things we attribute to individuals," she said.

Madonsela also used the opportunity to address the issue of violence against women and children.

"It didn’t end with apartheid and patriarchy remains with us. We are reminded that the devaluing of human beings is still there when we think about what happened in the last few weeks. The brutal murder of UCT student Uyinene Mrwetyana, the spate of kidnappings and murders of many girls including Natasha Conabeer, these have shaken us to the core in society. As I speak the nation is holding its breath wondering where Fort Hare student Thandolwethu [Ngolo] is,” she said.

Bachelor of education student Ngolo, 22, went missing almost a month ago after being dropped off by her father, Zwelinzima Mbovane at the Fourways taxi rank in Johannesburg.