Why did Zuma appoint a 'spy'? 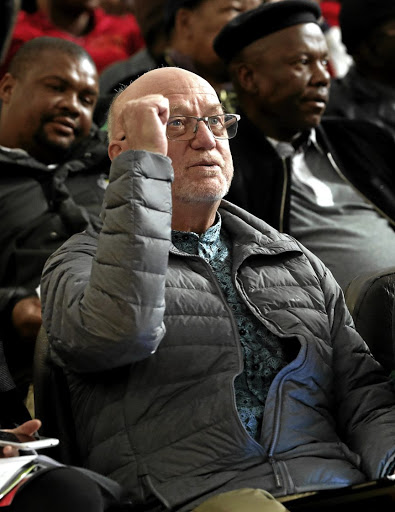 Derek Hanekom was in Jacob Zuma's cabinet but the former president now claims he was an apartheid spy. /SANDILE NDLOVU

ANC national executive committee member Derek Hanekom has accused former president Jacob Zuma of deliberately harming his reputation and anti-apartheid Struggle credentials for alleging that he was a spy.

This is contained in the founding affidavit deposed at the KwaZulu-Natal High Court by Hanekom who is suing Zuma for R500,000 for defamation and reputational damage over a tweet posted on Zuma's official Twitter account where he claimed that Hanekom was a "known enemy agent".

In the 116-page affidavit, Hanekom attached 90 pages of evidence to his reputational harm which include tweets by South Africans chastising him as well as Zuma's testimony before the state capture commission of inquiry.

Hanekom said he believed Zuma was hellbent on damaging his reputation as he has refused to remove the false tweet despite several letters sent to his Nkandla homestead and to his lawyers.

"The statement was accordingly malicious, published with complete disregard for the truth and was made with the intention to harm me.

"Mr Zuma's malice is further demonstrated by his stubborn refusal to remove the statement from his Twitter account despite knowing its falsity and being called upon to remove it."

He said he had never been a spy nor worked against his ANC comrades and that continuous circulation on social media of a tweet alleging he did is harming his reputation, integrity, and portrays him as an untrustworthy and deceitful comrade.

". the reach of the statement was widespread, and given the nature of social media. It has caused immense harm and damage to my reputation and the harm continues each day that this statement remains published."

The tweet in question was sent out last month after EFF leader Julius Malema said Hanekom plotted with his party to remove Zuma from power through a motion of no confidence.

"If he honestly regarded me as an 'enemy agent', he would not have done so."