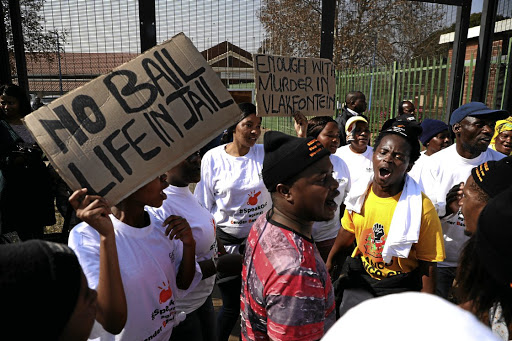 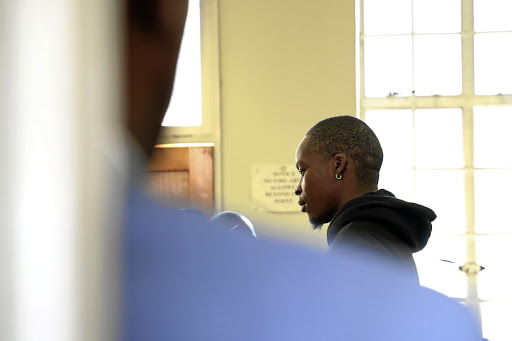 The man who allegedly killed his lover and buried her body in a shallow grave in his shack could be having more murder cases, according to his friend.

Samuel Sibeko, 28, of Vlakfontein, south of Johannesburg, appeared briefly yesterday in Protea magistrate's court, Soweto, on charges of murder and defeating the ends of justice.

He told the court that he was previously sentenced to six months for assault with intent to cause grievous bodily harm.

But there could be more crimes by Sibeko, including murder, according to his friend Sifiso Khumalo, who said he felt deceived by Sibeko because they spent time in the shack since the woman's disappearance.

"We hung out together and I never suspected that she was dead. I asked him where she was and he said she went home," Khumalo told Sowetan at the court yesterday.

Gauteng police made a gruesome discovery when they found the body of a 41-year-old woman buried in a shallow grave inside a shack in Vlakfontein‚ ...
News
3 years ago

Sibeko was arrested on Sunday after community members tipped off the police that he allegedly confessed to murdering the 41-year-old woman.

Khumalo added he spent about four days of the first two weeks of July with Sibeko in his shack.

He said he could pick up that the shack smelled heavily of Jeyes Fluid, a disinfectant.

"We had been drinking at the local shebeen and went to his shack to finish off our drinks. He became very agitated and dismissed my question by saying she had returned home [in QwaQwa] and that's why he was cleaning."

The sister of a Vlakfontein man who allegedly killed his lover and buried her remains in a shallow grave in their shack says the incident has left ...
News
3 years ago

Khumalo said he would not have guessed that she was buried under the bed.

Faith Mazibuko, Gauteng MEC for community safety, told Sowetan she was aware of the claims that Sibeko could be having other crimes to answer to but said the police were yet to verify the details.

"He used to verbally abuse me after our parents passed on. In February, he kicked me out of our family home and rented it out and built a shack on the yard.

"He told me that if I didn't move out, I would leave this house as a corpse."

The matter was postponed to August 20 for bail bid.

The fathers of three children who were killed during the Vlakfontein mass murder feel hopeless after charges against the remaining suspect were ...
News
3 years ago

In October last year‚ seven members of the Khoza family were found dead in their Vlakfontein home - but it was revealed on Friday that nobody will ...
News
3 years ago
Next Article