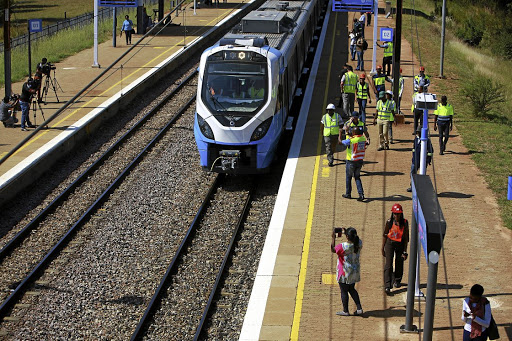 Metrorail has had a number of crashes. SIZWE NDINGANE

The initiative is aimed at addressing long-standing passenger safety issues that have plagued commuter trains for years.

The war room, to be launched tomorrow, will monitor trains, check for arrival times and address infrastructure problems at Prasa.

"The intervention is aimed at stabilising Prasa's operations and achieve tangible results within the minister's first 100 days in office."

Former Prasa CEO Lucky Montana has written to  deputy chief justice Raymond Zondo saying that he will make submissions to the commission of inquiry ...
News
3 years ago

Mbalula met with the Rail Safety Regulator board yesterday to discuss, among others, safety concerns around the passenger rail service.

This comes after it emerged last month that Prasa couldn't meet all special conditions imposed by the regulator and attached to its operating permit issued in October with the North Gauteng High Court assuming an oversight role.

According to the 2017/2018 annual report of the regulator, there were at least 1,027 collisions, 450 train derailments and 588 people who were struck by trains. There were 745 other incidents.

Prasa needed a court intervention to get its current operating permit which ensured that trains were not grounded.

The Passenger Rail Agency of South Africa (Prasa) said a strike by unions over unsafe trains and poor service had not had a major impact on Friday.
News
3 years ago

The regulator had raised a number of safety concerns including unfilled vacancies in key positions, infrastructure maintenance backlogs and the reliance on manual train authorisations which were causing crashes.

Last October, the regulator raised concern about the vacant positions of train control section managers as that was mainly to blame for a series of train crashes.

Prasa spokesperson Nana Zenani said: "With regards to main line passenger services, a few positions could not attract suitable candidates as they're placed in outlying areas and most applicants prefer to work in urban areas.

"The business has to advertise externally after it has exhausted all channels."

Some Metrorail workers will go on strike on Friday. This is why

PRASA employees — or at least some of them — will hold a one-day strike on Friday.
News
3 years ago

Trains in full motion as Prasa is granted a reprieve

Train commuters were nearly left stranded this week as authorities took each other to task over the safety of the country's rail network.
News
3 years ago
Next Article