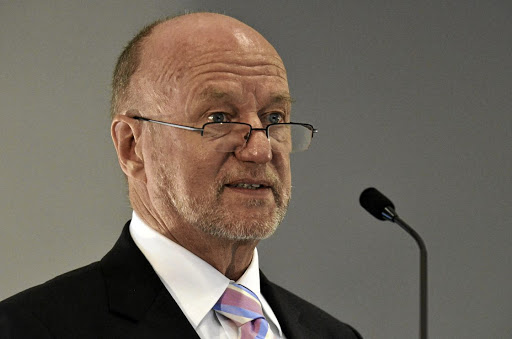 Derek Hanekom's fate in the ANC is expected to be debated at the national executive committee. / Business Day

Derek Hanekom's admission that he met with the EFF to oust former president Jacob Zuma is expected to be debated at the ANC national executive committee (NEC) meeting, starting today.

Sowetan has learnt that NEC members loyal to Zuma are planning to push for Hanekom's exclusion from the meeting as he cannot be trusted.

Hanekom is one of ANC's long-serving members and his fate in the party's highest decision-making body now appears to hang in the balance.

This week he confirmed that he held several meetings with EFF secretary-general Godrich Gardee ahead of a motion of no confidence in Zuma in which a plan to topple him was discussed.

ANC Women's League secretary-general Meokgo Matuba said it was wrong for Hanekom to have discussed such serious matters with the opposition party and that they would want the NEC to discuss this.

"As the women's league we want these matters to be discussed internally if it's true because it's wrong for members to discuss with opposition on issues like this. It's very wrong we must admit," she said.

"We condemn it, it's unANC and as much as we [have] differences in the ANC we cannot do that. It's still allegations until he says [it] in the NEC but if it's true we are going to tell him straight that it's wrong."

ANC NEC member Ngoako Ramatlhodi said although he has not seen the agenda of the meeting, if Hanekom's removal from the structure comes up he will stand by him.

"He led a charge in the NEC against the season of madness so I don't blame him.

"I know him as a brave man... I will stand by him regardless of the consequences to me," said Ramatlhodi.

He said he wanted to vote against Zuma and his conscience forced him to leave parliament ahead of the motion of no confidence in order to not put himself in a situation where he would have to go against the party.

"I don't blame Derek because the reason why I resigned from parliament is because I would have done the same...

"A lot of us were feeling agitated by what was happening and I pulled out... so that I'm not in conflict with the party," Ramatlhodi said.

ANC NEC member Tony Yengeni, who has been vocal about Hanekom's matter on social media, said he was not "interested" in commenting when approached yesterday. He posted a picture of the ANC constitution with a question: "Guess to whose face must this book [be] thrown to?". His followers responded with Hanekom's name.

ANC secretary-general Ace Magashule labelled Hanekom a "charlatan", an "EFF sleeper" as well as a "wedge driver" on a mission to divide the ANC.

Why does it feel we're being led on a song and dance?

Vera would not unsurprised to hear Magashule was pressured to issue the statement at midnight by his ideological guru and lifetime president who ...
Opinion
2 years ago