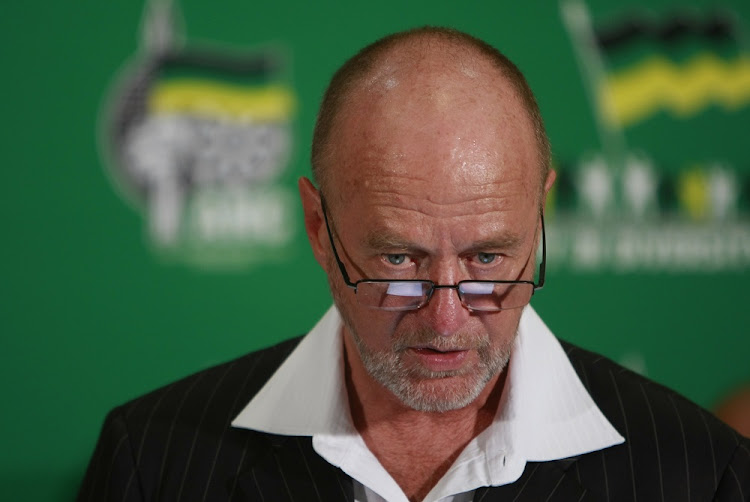 Former minister Derek Hanekom says even though he agreed with the EFF that former president Jacob Zuma should be removed from office‚ it didn't mean he won’t criticise EFF members now.

On Wednesday‚ Hanekom confirmed that he met EFF secretary-general Godrich Gardee in 2017 to talk about ANC MPs supporting an EFF-sponsored motion to remove Zuma at the time.

But Hanekom said there was nothing wrong with two members of parliament talking.

“People of different parties have coffee with each other all at time. He is making something big out of nothing‚” he said.

This came after EFF leader Julius Malema said on Tuesday that Hanekom worked with the EFF to get rid of Zuma.

“Today he calls us fascists‚ but Derek Hanekom plotted with the EFF to bring down President Zuma. The same goes with Solly Mapaila [deputy general secretary of the South African Communist Party] too.”

“He even told us that if NDZ wins [during the 2017 ANC leadership battle]‚ they are forming a new political party. And we have recordings to that effect. With Mapaila‚ there is no communist party. There is a faction of the ANC. We are not scared of them ideologically or politically.”

“It was a matter that was raised twice in the national executive committee of the ANC and at the end‚ it was the NEC who removed Zuma‚” he said.

Yes. This is the self serving @Derek_Hanekom who kept on harassing EFF leadership with calls giving names of the EFF MPs who were going to vote with the opposition to remove Zuma, and said they will form a new party with NDZ won NASREC. Now he calls the EFF Fascists?! Go on!!! pic.twitter.com/Jd2UQzbC28

Zuma resigned from office at the instruction of the ANC NEC in February 2018.

Hanekom played an important role in calling for Zuma’s resignation from within the ANC.

Hanekom said his efforts were part of rescuing the country from a president who was implicated in state capture.

“At the time‚ they were deeply concerned about the state of the country‚” he said about why he was part of talks with the EFF.

Hanekom said that while they agreed on matters in the past‚ it doesn’t mean that he agrees with the EFF now.