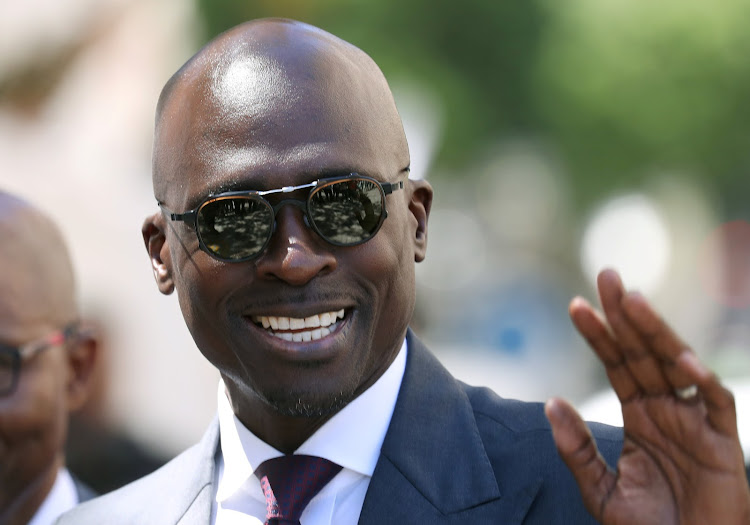 Former public enterprises minister Malusi Gigaba was silent throughout a tongue-lashing SAA executives received from Jet Airways CEO Nerash Goyal, who was at pains to explain how important he was, according to former SAA CEO Sizakele Mzimela.
Image: Mike Hutchings/Reuters

Former public enterprises minister Malusi Gigaba pushed for SAA to drop its Johannesburg-Mumbai route so that Indian airline Jet Airways could take over.

So says former SAA chief executive officer Sizakele Mzimela, who told the state capture inquiry on Wednesday of various meetings held with Gigaba - while he was public enterprises minister - and Jet Airways representatives in which SAA was instructed to finalise the deal.

This is not the first time this allegation has surfaced.

Former SAA board chairperson Cheryl Carolus and Gigaba's predecessor at the public enterprises department, Barbara Hogan, previously told the commission of an "aggressive campaign" that Jet Airways had launched against SAA, lobbying for the Mumbai route.

According to their evidence, it was Gigaba who allegedly saw the deal come to fruition.

On Wednesday, Mzimela began by describing the background to SAA's Johannesburg-Mumbai flight routes. She said that when she started as CEO in April 2010, SAA was the only direct operator on the route, but there was already a recommendation before the board - chaired by Carolus - arguing for the airline to cut the route.

It was when Malusi Gigaba took over as public enterprises minister that governance issues crept in at the national carrier.
News
3 years ago

Mzimela said a board member at the time shared concerns "in terms of the pressure placed on the board" to make a very quick decision to terminate it. She said the recommendation was signed off by then general manager of mergers and acquisitions, Jan Blake, and her predecessor, Chris Smyth.

But the board raised various concerns.

"While it was true that Mumbai, from a point-to-point perspective, was making a loss, they were concerned that it was not the worst-performing route in the network. They couldn’t understand why there was a recommendation to close off the route, given that it was not the highest loss-making route," Mzimela said.

"They were also concerned about the recommendation being based on a code-sharing agreement with Jet Airways. They asked why only Jet Airways had been considered for code-sharing."

After Gigaba took over as minister late in 2010, a meeting was called at his Pretoria offices on January 10 2011.

Cape Town's Anglican Archbishop Thabo Makgoba is "pleased to see" that some members of parliament facing serious allegations of misconduct have ...
News
3 years ago

Present at the meeting, according to Mzimela, was Gigaba's adviser Siyabonga Mahlangu, deputy minister Ben Martins and members of  Jet Airways, led by its CEO Naresh Goyal.

She said she was under the impression that only SAA was meeting the minister to discuss the Mumbai route, and that Jet Airways people would not be present.

"Goyal spent a lot of time talking about himself and how important he is. He spoke of his unhappiness that the deal had not been closed," she said.

Former SAA board chair Cheryl Carolus testifies about the 'strange request' she received.
News
3 years ago

She said Gigaba was silent throughout the tongue-lashing SAA executives received from Goyal, and only at the end of the meeting suggested that SAA and Jet Airways should continue discussions to arrive at a partnership - and urgently.

"It was disappointing because Gigaba, sitting there as the shareholder, at the very least he should probably have used the opportunity to re-emphasise, or in his own words represent what I had put to him that we should come to a mutually beneficial agreement," she said.

In 2013‚ SAA and Jet Airways entered into a code-sharing agreement for the same routes and, in 2015‚ SAA announced it would cut its Johannesburg-Mumbai route completely.

After the code-sharing agreement was entered into‚ the Gupta family used Jet Airways to ferry about 200 people to the Waterkloof airforce base to attend the family’s lavish wedding in Sun City.

Unlike Nene's, there is nothing moral about Gigaba's resignation

Instead of accepting blame, the former minister claims he is quitting in the interests of the country and the ANC.
Opinion
3 years ago

Barbara Hogan has testified that she had strict instructions not to fix state-owned companies.
News
3 years ago
Next Article