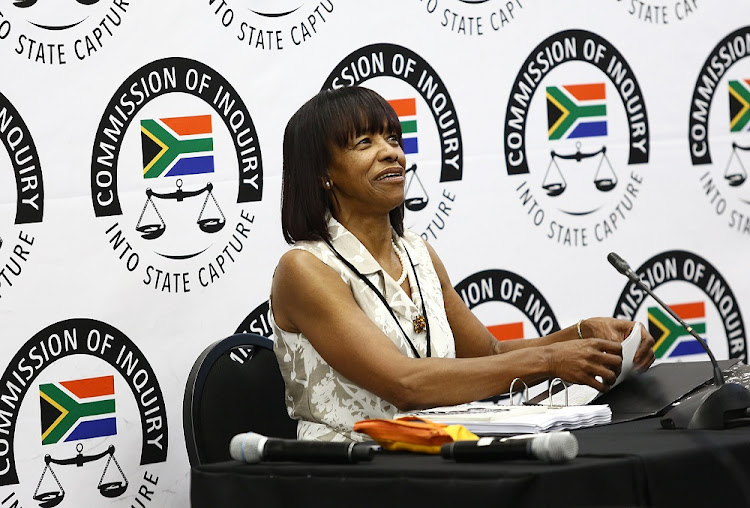 The state capture inquiry heard in earlier testimony how the Gupta family tried to pressurise politicians to drop the lucrative route and instead award it to Jet Airways.

Carolus‚ who served as board chair between 2009 and 2012 under public enterprises minister Barbara Hogan and her successor Gigaba‚ said on Thursday that SAA had continually shunned meeting with Jet Airways over the lucrative route until Gigaba came into office.

Testifying at the state capture inquiry‚ Carolus said Jet Airways went on an “aggressive campaign” against SAA over the flight route.

“The matter of the Mumbai route was never initiated by us with Hogan initially. One is open to all kinds of options always and collaborations with other airlines. Having four flights a week was not optimal. We wanted a flight every day between Mumbai and Johannesburg‚” Carolus said.

“Somewhere along the line‚ we found that Jet Airways was proposing that SAA should drop the route. It was a strange request. We decide we’re not going to do it. We were happy to collaborate but they were not going to do it... They went on an aggressive campaign against SAA.”

Carolus said she received several calls from Jet Airways requesting a meeting between her and the airline’s CEO‚ Naresh Goyal.

“Somebody said to me that the president of Jet Airways was not going to escalate the matter to the minister. I called Hogan and said there is this matter of the Mumbai route and Jet Airways. She said she’s aware of it‚ and that there have been some efforts around it‚” Carolus said.

Hogan previously told the commission about a state visit to India in June 2010 where Goyal was “desperate” to meet her.

“Whilst I was there‚ I was informed by my special adviser that she had received information that SAA intended to terminate its SA-Mumbai route... I was also aware that a lot of the international routes were recording losses but the Mumbai route was the least loss-making route. When I heard that SAA was going to terminate its route to Mumbai‚ I was confused‚” Hogan told the commission.

She said she immediately sent an sms to Carolus asking if the rumour was true. Carolus responded that the airline would not terminate the Mumbai route although Jet Airways was lobbying for it to happen.

Hogan was fired later that month and Gigaba took office on November 1.

Carolus said it was within weeks of his appointment that Gigaba requested a meeting to discuss the Mumbai route. Former SAA CEO Siza Mzimela was one of the representatives Carolus said attended the meeting.

“They (Mzimela and other SAA representatives) then came and gave me a report back and the one thing that struck me was that the minister told them that he is expecting more people... They then proceeded to wait for these unidentified people and they waited for three hours. It was extraordinary that a minister would wait for three hours‚” Carolus said.

“When they arrived‚ they were two gentlemen‚ one of whom was [Goyal]. [Gigaba] took a backseat and the entire discussion was led by [Goyal]. Gigaba did nothing and said nothing... We certainly thought it was very peculiar.”

Barbara Hogan has described the intense lobbying by an Indian airline to take over the lucrative SA Airways route to Mumbai.
News
3 years ago

Carolus said Gigaba called another meeting in April 2011 to discuss the routes for the second time. Carolus again did not attend‚ but Mzimela and other representatives of the airline did.

Carolus said Goyal and other Jet Airways representatives arrived at the end of the meeting. Gigaba allegedly instructed that SAA and Jet Airways must “find one another”.

In 2013‚ SAA and Jet Airways entered into a code-sharing agreement for the same routes and in 2015‚ SAA announced it would cut its Johannesburg-Mumbai route completely.

After the code-sharing agreement was entered into‚ the Gupta family used Jet Airways to ferry about 200 people to the Waterkloof airforce base to attend the family’s lavish wedding in Sun City.

Criminal charges and civil cases that were laid against senior managers at South African Airways about a decade ago have seemingly disappeared.
News
3 years ago
Next Article