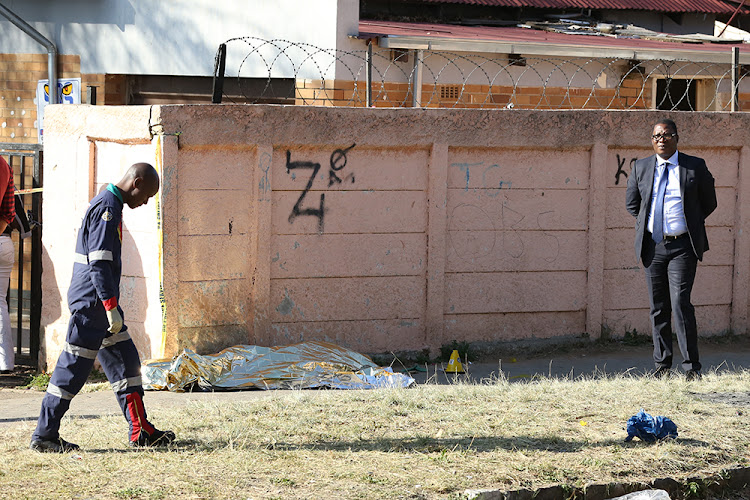 Gauteng education MEC Panyaza Lesufi stands next to the body of Daniel Bakwela, 16, who was allegedly murdered by a fellow learner at Forest High in Johannesburg on Monday, one of several recent incidents of violent crime in SA schools.
Image: Thapelo Morebudi/The Sunday Times

A spate of violence in schools across the country has put the Western Cape education department on high alert.

According to the department, gangsterism and an under-resourced police force are at the heart of a problem that is “holding our children hostage”.

At least three stabbings, incidents of robbery, vandalism - and on Tuesday the murder of a 48-year-old teacher in KZN - are all indications of a growing problem.

Western Cape education department spokesperson Jessica Shelver said crime is finding its way from the streets into the classroom.

“Gang violence has a significant impact on our schools,” she said.

Yet another teenage pupil has been stabbed in an apparent gang-related brawl involving weapons at a high school in Mossel Bay.
News
2 years ago

Shelver said that, according the constitution, the police are "responsible for preventing, combating and investigating crime, maintaining public order, protecting and securing the inhabitants of the republic and their property, and upholding and enforcing the law".

However, due to "the chronic under-resourcing" of the police in the Western Cape, both in terms of numbers as well as members with the requisite experience, "criminals - and gangs in particular - are literally running riot, holding hostage our children and communities,” she said.

“Although the majority of incidents are off school premises and within the community affected, gang violence can spill over into schools when learners are directly involved. We are therefore concerned for the safety of learners and educators when there are flare-ups in the community and the possibility of weapons being carried into schools.”

Last week, TimesLIVE reported that the Centre for the Study of Violence and Reconciliation (CSVR) said urgent action needs to be taken to tackle violence in schools, which it sees as a national emergency.

"Government departments responsible for the welfare and safety of children regrettably continue to work in silos and without enough capacity," said the centre.

"The communities themselves do not have capacity to identify problem kids and tackle crime."

Teacher shot dead by gunman who walked into KwaZulu-Natal school

A teacher died after multiple bullets were fired at him by a gunman during school hours on Tuesday morning.
News
2 years ago

A 15-year-old boy was stabbed at Indwe Secondary School in KwaNonqaba, near Mossel Bay in the Western Cape, on Monday after fighting with a peer. The school suggested that the fight stems from the community and is gang-related.

The boy is in a stable condition in hospital, according to SAPS' Southern Cape spokesperson Malcom Potjie.

A grade 8 student, Daniel Bakwela was stabbed to death by a fellow student at Forest High School in Turffontein, Johannesburg, last week.

The killing sparked outcry in the community, who again blamed the scourge of gangsterism for the senseless act.

Their frustrations grew further when the accused murderer, 20-year-old grade 11 pupil Mohammed Moela, was released on R5,000 bail on Tuesday. 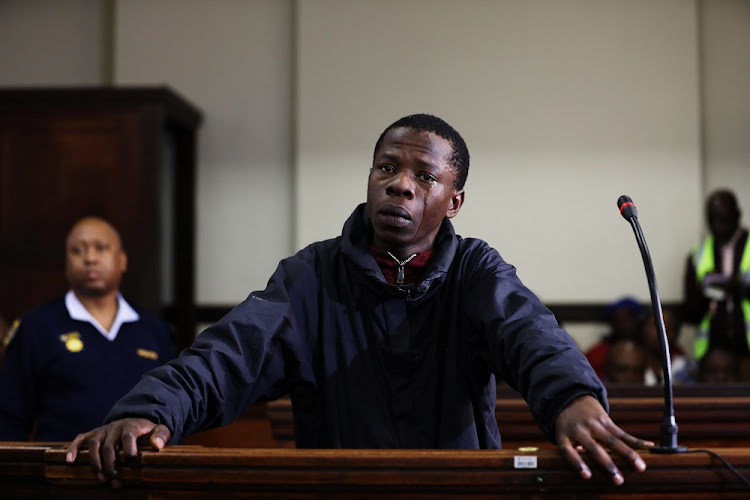 “The reality is that without more police presence, gang violence cannot be brought under control,” said Shelver.

Shelver said burglaries and vandalism constitute some of the many problems facing the education sphere at the moment.

“Burglary and vandalism remains a constant challenge and results often in a loss of teaching and learning time, as well as an increase in costs to replace or fix stolen or damaged property or goods,” she said.

SAPS were able to arrest the suspect after investigating CCTV footage of the incident. A raid at a Philippi East home led to the arrest of a 15-year-old student who attends the same school. He was found in possession of several phone covers belonging to the stolen phones.

Police spokesperson Captain FC Van Wyk said a second suspect is "known to them" and they are "in pursuit".

According to NPA Western Cape spokesperson Eric Ntabazalila, the suspect appeared in Cape Town’s Child Justice Court on Monday and was remanded in custody for further investigation.

Shelver insisted that the only way that schools will find respite from the mounting violence is through the deployment of police.

"We salute and thank those officers in the Western Cape who are doing their utmost under very difficult circumstances," she said.

“The reality is that without more police presence, gang violence cannot be brought under control,” she said.