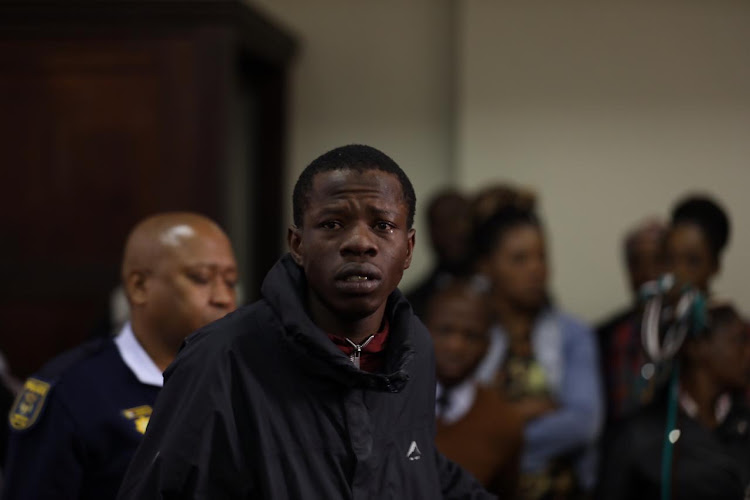 Mohamed Mwela, a grade 11 pupil who allegedly stabbed to death 16-year-old Daniel Bakwela at Forest High School last week, has been granted a R5,000 bail by the Johannesburg magistrate's court.

Monday's court proceedings were so emotional that Mwela could not hide his tears. Magistrate Basimane Molwana earlier in the proceedings indicated that he was not happy with the material defects on both Mwela's and the State's affidavits. He then attached conditions to Mwela's bail, including that he must not communicate with witnesses. Mwela is also not allowed at Forest High School until the matter is finalised.

The NPA told journalists that the deceased had a pending case of armed robbery in the same court room that Mwela appeared.

The court's decision to grant bail left Bakwela's family disappointed. The family came to court with a banner that read: "No bail for a criminal; we need justice for our son."

The case has been postponed to July 10.

The 20-year-old accused of murdering a pupil near the Forest High School in Johannesburg "came under attack" and was defending himself, his legal ...
News
2 years ago

The 20-year-old pupil accused of stabbing his schoolmate to death has told the Johannesburg magistrate's court that he acted in self-defence.
News
2 years ago
Next Article