Verwoerd's grandson: judge me on my ideals, not my grandfather's 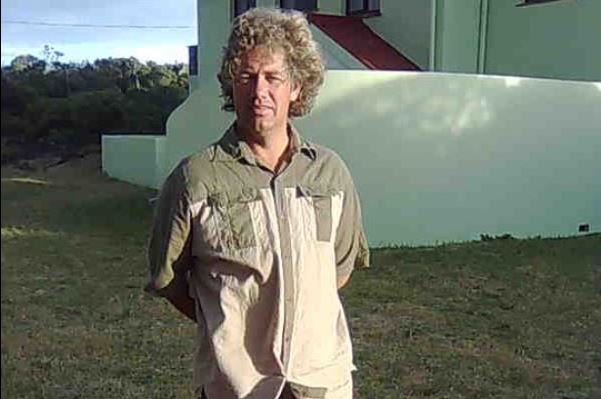 Wynand Boshoff, grandson of the architect of apartheid, HF Verwoerd, is headed to parliament where he will campaign on environmental issues and the rights of minority groups.
Image: Facebook/ Wynand Boshoff

Dr Wynand Boshoff, grandson of former prime minister HF Verwoerd, has asked South Africans not to judge him based on who his grandfather was.

Boshoff and the town in which he lives, Orania, have dominated trends lists following a News 24 report that he is headed to parliament to represent the FF+.

In an interview with TimesLIVE, Boshoff said that while he has seen the criticism, he takes none of it personally. "I take this in the spirit of competition. Politics is not a harmonious environment. People have different ideas and ideals and I want to be judged on those and not based on who my grandfather was."

Politics runs in his family and this move was only natural for him, said Boshoff, whose grandfather was SA's prime minister between 1958 and 1966. "I will not distance myself from who my parents or grandparents are and I think it should be more interesting that I am headed to parliament than controversial."

Boshoff said he is open to the possibility that not everyone will cheer for him in parliament, but asked only that people give him a chance.

It is terribly unfair that after 25 years of democracy we should have to vote to protect ourselves from the resurgence of extremism, affectionately ...
Opinion
3 years ago

"They need to relax. We should relax and if my conduct is somewhat unacceptable then we would have to take it from there."

Speaking of his goals and the social concerns he wants to raise in the house, he said he is passionate about environmental issues and feels that not nearly enough is being done to address them. He also aims to advocate for "the recognition of the minority".

"I am passionate about the rights of the minority and I am an environmental activist. There is not enough expertise on such matter in parliament and I intend to be the person who sees to the needs of our environment."

On social media, people weighed in on the news, expressing concerns that the "grandson of an apartheid architect" would be referred to as an "honorable member" of the house, while some called for the dismantling of Orania, which was founded Boshoff's father, Prof Carel Boshoff in 1993.

#Orania is the definition of WHITE PRIVILEGES!!!

So a town dat dznt allow blacks in it, has its own currency is goin to hv a seat in a South african parliament, n da leaders of dat town wil seat nxt to blacks. This country is a joke honestly #Orania

ANC people love emphasizing the fact that they are in government and in charge of South Africa...until they have to explain how come we have a state within a state. #Orania pic.twitter.com/wiEz6XoHAL

It's like having Hitler's grandson in parliament...any parliament. It's not gonna happen in any other country except ours #Orania

#Orania must be dismantled!

The existence of #Orania is due to the underwhelming politics and ideology of ANC. We must say it the way it is.