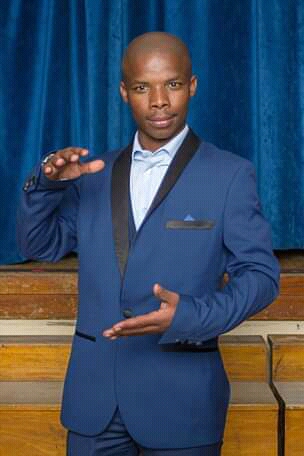 Mayibuye Mandela has revealed he will vote for the BLF in the Western Cape and the ANC in the national ballot.
Image: supplied

Andile Mngxitama's Black First Land First (BLF) party will receive a vote from an unlikely voter on the provincial ballot in the Western Cape.

Nelson Mandela's great-grandson Mayibuye Mandela told SowetanLIVE's sister publication TimesLIVE that he would put a cross next to the BLF in the provincial ballot and vote for the ANC in the national ballot.

In a telephone interview from Cape Town, Mayibuye, 26 - who voted in Madiba's birthplace of Mvezo, 60km from Mthatha in the Eastern Cape, in 2014 - said he decided to vote in the Western Cape this time because he was not happy with the “political” incarceration of AbaThembu king Buyelekhaya Dalindyebo.

“The reason I wanted to vote in Cape Town is not because I abandoned the Eastern Cape but it was due to AbaThembu king being incarcerated. He was incarcerated politically."

Dalindyebo is serving a 12-year sentence for arson, assault, kidnapping and defeating the ends of justice. His eldest son, Prince Azenathi Dalindyebo, is acting as king in his absence.

"Azenathi should have said if the king is not released before the elections, the whole region of AbaThembu should not vote. He had a right to tell them, we don’t go to voting stations in Mthatha - and in Thembuland in particular - but he did not say that,” said Mayibuye.

INTERACTIVE MAPS, RICH DATA & MORE
Click here to use our elections website to browse past results for your area and track election results

President Cyril Ramaphosa has recently received a recommendation from justice minister Michael Masutha to pardon the jailed the AbaThembu king. Some Eastern Cape monarchs had threatened that they would not vote for the ANC if he was not released and would also mobilise their subjects to do the same.

During his visit to Dalindyebo’s Bumbane Great Place outside Mthatha last week, Ramaphosa said he was applying his mind to the possibility of a presidential pardon for the king very carefully because he considered it a serious matter.

Mayibuye revealed that during the 2014 general elections he voted for the ANC both nationally and provincially, because during that time he was "politically affiliated” and did not have access to information.

“But due to accessing information, I’ve started voting for another party provincially and ANC nationally. I will vote [for] Andile Mngxitama [the leader of the BLF] provincially and the ANC nationally. I like Mngixitama’s ideology because I am a black consciousness man. I don’t like white people. Everything that he says, I agree with him, because it should be black first, land first.”

Mandela’s great-grandson also revealed that he was blocked by Facebook for three days last week after posting "one settler, one bullet" on his status. He said he was only able to access his Facebook account again from last Saturday.

EFF deputy president Floyd Shivambu is adamant that the party will bring the ANC down to its knees at national and provincial level.
News
3 years ago

He said the reason he was voting in Cape Town was because “I want to remove white people from power. I don’t want to see the DA here and Mmusi Maimane is just a puppet. I wish the Western Cape could be run by blacks.”

Asked if his dislike for white people did not go against Mandela’s ideal of a rainbow nation, he replied: “My great-grandfather said the struggle was not finished, so we must continue with it, and that he was passing the baton onto us. He was just camouflaging things [by using the idea of a rainbow nation].”

He said the reason he would be voting for the ANC nationally was because he is optimistic that Cyril Ramaphosa was the right man to lead the country. “He can’t allow the country to sink economically. I do recommend Ramaphosa because this country needs to be run by a business-minded person. He knows what is right for the country.”