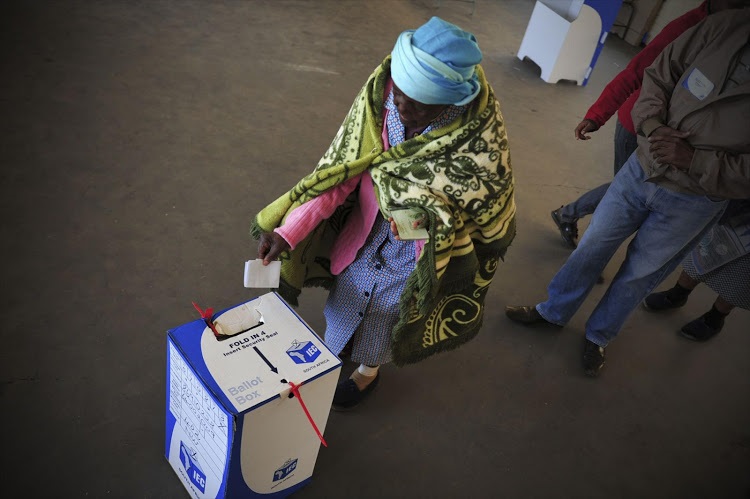 Residents of Khutsong, on the Gauteng border with the North West, are expecting a landslide ANC victory in the general election.

Khutsong Ward 2 chairperson Nompumelo Mbelle said she predicted a 60% to 62% ANC win. She said that despite a day- and night-long power failure in Extension 4 of Khutsong, the polling station was busy.

She said the power shortages in her area may have been worsened by the fact workers were at home for the public holiday and the extra need for power increased demands on the system.

Despite stories that people in Khutsong Extension 4 were not voting out of anger due to load-shedding, at least two thirds of voters had turned up by about 5pm, according to IEC officials at the voting station.

Voter Mandisa Mokwena said: "I have to vote. It's a must."

One resident was heard complaining that the frequent power outages led to motor vehicle theft and muggings.

Received by thousands of ANC supporters both in and outside Hitekani Primary School, Ramaphosa greeted members of the public of different age groups ...
News
2 years ago

He said while he didn’t know who people voted for he expected most voters to vote for the ANC. This was because outside the voting station, they approached the ANC party table first to check if their names were on the voters' roll.

"I cannot guarantee who are they voting for, but it looks like they are moving to the ANC [outside]. I don’t know what they do inside."

Mineworker Vincent Ntsane complained that there were frequent power outages and water cuts in Khutsong.

"We have a problem of water. You have water and even after two hours, maybe five hours you have got none at all."

"How many mines are closed in Carletonville?"

He said the continued closure of the West Rand's gold mines was worsening unemployment levels in the area.

Madiba works his magic in Maritzburg

The spirit of former president Nelson Mandela was alive and campaigning for the ANC in Pietermaritzburg on Wednesday.
News
2 years ago

He hoped the election result would improve the local economy.

"I wish that mines will re-open. Our youth use nyaope. We need some firms so we can say [to them] go work there and take [away] the drugs."

He volunteered that he was voting for ANC but "we are praying for change".

John Lephuting, driving an ANC-branded bakkie, stopped outside a Khutsong voting station to greet drivers of an EFF-branded car and laughed saying the two parties "were not opponents."

"I am very happy. The people were very clear. They all want the ANC. They want to give a clear mandate."

He said he knew the voters of Khutsong would vote for his party.

Long-time ANC voter Kenny Mahlabe said everything that had happened in the country "was not right", but that President Cyril Ramaphosa would fix it.

"We trust Ramaphosa to change [things]," he said.

Eastern Cape ANC provincial chairman Oscar Mabuyane on Wednesday promised voters that if the ruling party wins the elections it is going to change ...
News
2 years ago
Next Article