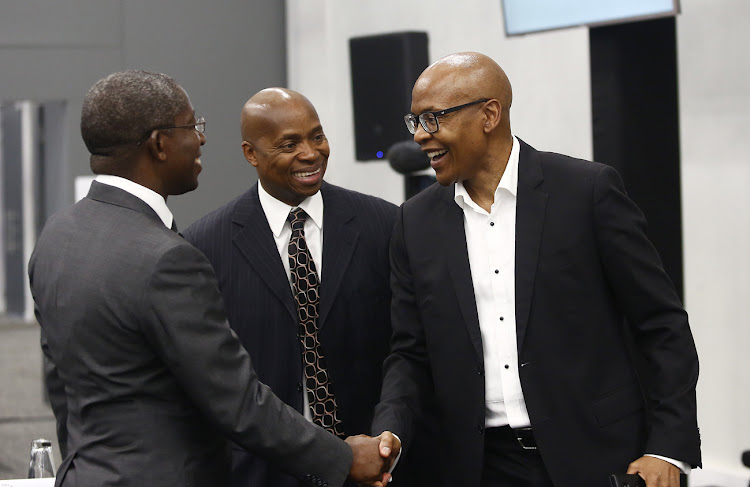 Media mogul Mzwanele Manyi has taken aim at acting Government Communication and Information System (GCIS) boss Phumla Williams, alleging that she oversaw the awarding of irregular contracts at the agency.

Manyi, who was appointed as director-general of the GCIS between 2011 and 2012, was testifying before the commission of inquiry into state capture on Wednesday. He was responding to Williams’ testimony which was heard in August.

In her affidavit, Williams said Manyi arrived at GCIS and instituted a number of changes, including dissolving the bid adjudication committee of which she was chairperson.

Manyi, however, said he found serious procurement irregularities when he arrived.

“I did make some very dramatic changes. One of the things I spearheaded in changing was a vision statement… I found a situation at GCIS where there was a typical government culture of not delivering quickly.

“I didn’t go there with any agenda. The issue that came about was then the realisation that something has gone horribly wrong in the procurement space where there was an irregular appointment of a particular service provider. That cost government just under R7m,” Manyi said.

He said members of the bid adjudication committee were found to have colluded on the appointment of the service provider. He said the matter was reported to the Special Investigations Unit, the auditor general and National Treasury.

Quoting from a Treasury report on the contract, Manyi said Williams signed the payment notice when she was not delegated to do so and that a bid specification committee was not put into place before the contract was awarded.

“These are things that happened before I arrived. Every rule that could be broken was broken,” the former owner of AfroWorldView, formerly ANN7, told the commission.

Manyi will appear before the commission again on November 23.

Jimmy Manyi starts his testimony at the state capture inquiry on November 14 2018.