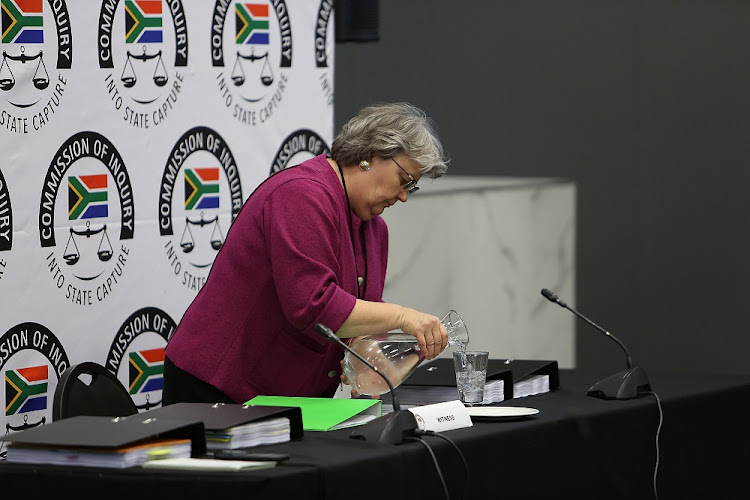 Certain structures of the ANC saw themselves as having powers to make appointments in state-owned enterprises during former president Jacob Zuma’s tenure.

This is according to former public enterprises minister Barbara Hogan who was testifying before the commission of inquiry into state capture sitting in Parktown‚ Johannesburg‚ on Monday.

Hogan testified that when the ANC took power in 1994‚ it had a deployment committee which dealt with appointments in the public sector.

But Hogan said she had started questioning the role of this committee.

She said the risk was that if the deployment committee was captured by a certain faction in the ANC that could have a fundamental impact on government.

“We have to protect government from undue influence‚” Hogan said.

“It became apparent during my time… that even the national working committee [of the ANC] thought it was their right to instruct the minister who should be appointed or not appointed. That is abuse of power and that is usurping executive authority‚” Hogan said.

She added that there seemed to be no clarity on the deployment committee which was supposed to deal with who gets appointed to certain positions in state institutions.

Hogan said when she took over‚ she was concerned about the financial distress some of the SOEs were in.

“I was really concerned about it and I was interviewed by a reporter and I said there will have to be an equity partner somewhere in this game. The reality was government did not have the resources to fund the deficit. It was shortly after the 2008 financial crisis. The SG and DSG publically summoned me to explain myself at Luthuli House - myself and the deputy minister (Enoch Godongwana). At that meeting‚ I explained that SAA was in severe problems and it was not easy to see a funding model‚” Hogan said.

She described being called to Luthuli house as inappropriate.

“If I was seen to be going outside of government policy‚ it should have been the president who summons me‚ not the party. A certain faction who was supporting Zuma was very powerful in that NEC. So there is a weakness there. They were driving a whole agenda and they saw themselves as super powerful.”