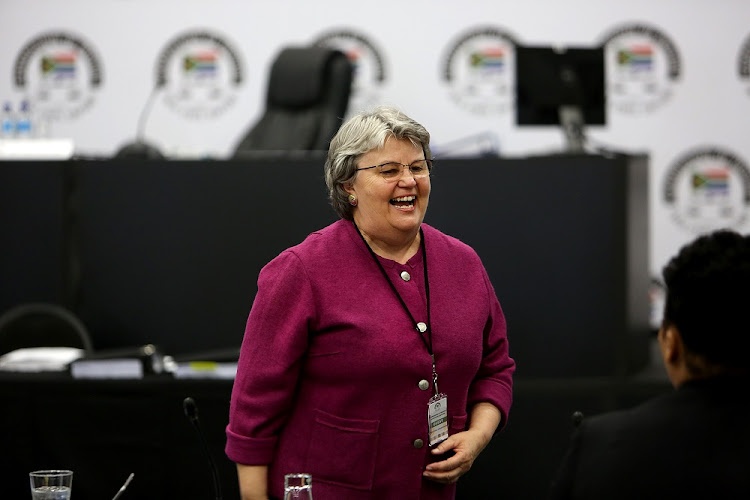 The minister of public enterprises is not supposed to run state-owned companies‚ but rather provide oversight as a shareholder‚ Barbara Hogan said as she started her testimony before the commission of inquiry into state capture on Monday morning.

"The minister is a shareholder and performs her functions as a shareholder on behalf of government. That is the executive authority assigned to the minister of public enterprises. It is to exercise her authority as the shareholder‚" she told deputy chief justice Raymond Zondo‚ who is chairing the commission in Johannesburg.

"As we all know‚ the shareholder does not run a company‚ nor does the shareholder interfere in its management. The shareholder has certain prescribed rights conferred by the Public Finance Management Act‚ the Companies Act and codes of conduct by the King reports‚" said Hogan.

Former president Jacob Zuma appointed Hogan as public enterprises minister in 2009 but removed her towards the end of the following year.

Hogan said the minister's most important task was to appoint board members. The minister also had the power to remove directors under certain circumstances.

"As a minister you have to keep very close watch what is happening in each of these companies‚ particularly companies like Eskom‚ Transnet‚ SAA‚ which have a vast asset base. These companies are essential for the running of the country’s economy. If Transnet doesn’t work‚ none of us work‚" Hogan said.

Hogan‚ who joined the ANC in 1977‚ is expected to testify about the pressures she endured as minister by members of the controversial Gupta family and their business associates to scrap a lucrative flight route between Johannesburg and Mumbai‚ which at the time was dominated by South African Airways.