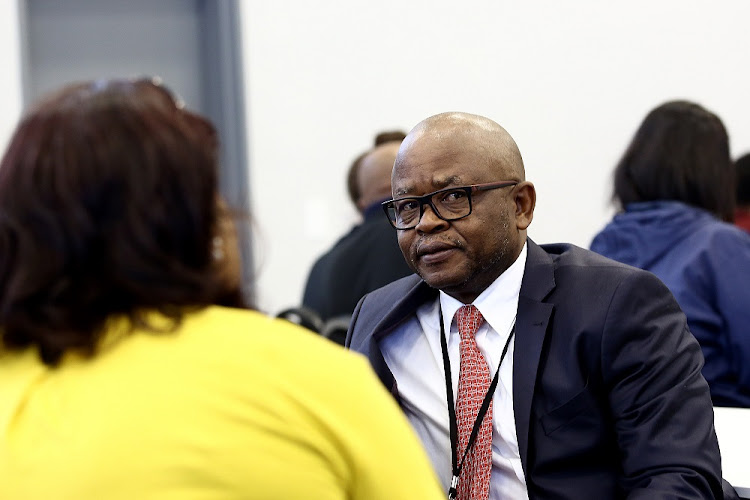 Maseko‚ who made the claim two years ago‚ repeated it on Wednesday on the sixth day of the inquiry into state capture before Deputy Chief Justice Raymond Zondo.

"The approach by the Gupta family was inappropriate in many various aspects. Firstly‚ making demands on me as a senior public official‚ not only that‚ but a senior official working in the Presidency‚" Maseko told the commission.

"[Secondly‚ they made demands and summoned me‚ threatening me that if I do not do what they are asking of me‚ I will be dealt with. I found that to be inappropriate‚ irregular‚ and uncalled for‚" claimed Maseko.

Maseko said that in essence‚ he was asked to break the laws of the land.

In 2016‚ Maseko revealed that he was approached by the Gupta family in 2010 asking for a meeting.

He told the commission that he had not entertained their requests but had eventually agreed to meet with Ajay Gupta‚ the eldest Gupta brother‚ at the family's compound in Saxonworld‚ which was where these demands and threats were made.

The Sunday Times reported that on his way to that meeting‚ Maseko claimed he had received a phone call from former president Jacob Zuma asking him to assist the Guptas with what they wanted.

Maseko was quoted in a Sunday Times report in 2016 as saying that the Guptas wanted government advertising to be channelled to the New Age newspaper - which was owned by the family at the time.

When Maseko refused to assist the family‚ an angry Ajay Gupta told him that he would report him to his superiors‚ which in essence meant the former president.

A few months later in 2011‚ Maseko was fired by Zuma as the CEO of GCIS and was replaced by Mzwanele Manyi - a known Gupta ally who later bought the family's New Age newspaper and news television channel ANN7‚ later known as Afro Worldview.

When asked by evidence leader Vincent Maleka if he had indeed raised this with the ANC‚ Maseko said he had had a meeting with then secretary general Gwede Mantashe at Luthuli House‚ detailing instances where they were asked to do favours for the Guptas.

Maseko later told the commission that Mantashe then asked him to submit a formal written report detailing how the Gupta brothers had approached him.

The former GCIS head's claims of the Gupta family's influence followed those of former ANC MP Vytjie Mentor‚ who concluded her evidence on Wednesday‚ and former deputy finance minister Mcebisi Jonas‚ both of whom claimed that they had been offered ministerial positions by Ajay Gupta.

Vytjie: Hawks told me to remove Zuma’s name from my statement

Vytjie Mentor's inconsistent testimony should not discourage others from testifying

One of the scariest parts of the Oscar Pistorius murder trial was the cross-examination of neighbours who had heard her scream.
Opinion
3 years ago

Vytjie Mentor says Ajay Gupta told her that his family were going to be the “main supplier” of uranium to government’s nuclear build programme.
News
3 years ago

MP Vytjie Mentor has testified that a Gupta brother arrived at her hotel in China having been sent by then-president Jacob Zuma.
News
3 years ago
Next Article