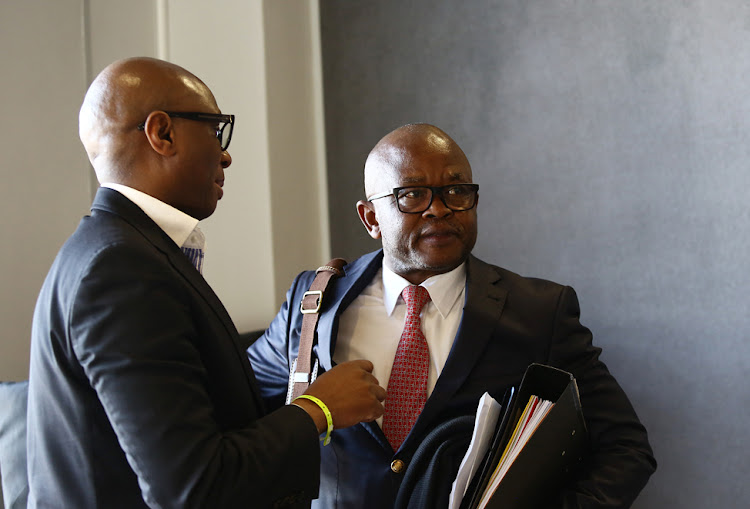 Government officials who have tangible information that could assist the commission of inquiry into state capture fear coming forward because they might be targeted.

So said former Government Communication and Information System (GCIS) CEO Themba Maseko‚ who was testifying before Deputy Chief Justice Raymond Zondo at the commission’s sitting in Parktown‚ Johannesburg‚ on Wednesday.

“I am convinced that there are a number of public servants who have had experiences with a number of individuals‚ including the Gupta family‚ but it could also be pertaining to the conduct and behaviour of their political bosses [such as] ministers‚ MECs and premiers‚” said Maseko.

Maseko is the fourth witness to come forward with evidence of how the embattled Gupta brothers allegedly used their relationship with former president Jacob Zuma to assist them in trying to “force” Maseko to redirect R600-million worth of government advertising to their then New Age newspaper‚ the name of which was later changed to Afro Voice.

Maseko said a memorandum asking for signatures in support of speedily establishing a state capture inquiry had been distributed. It was addressed to a number of ministers - including then minister of finance Pravin Gordhan and former public service and administration minister Ngoako Ramatlhodi – as well as directors-general and heads and deputies of the country’s national executive office.

All confirmed receipt of the memorandum‚ as did Zuma’s office‚ Maseko claimed.

However‚ he said that some DGs had made an about-turn and refrained from signing the memorandum or coming forward to testify – this out fear of losing their jobs or for fear of reprisal.

"A number of senior government officials‚ who were still in the service‚ were complaining to some of the people who signed the memorandum about the extent to which the procurement processes in government were being undermined - and that they found themselves in a very difficult position because when procurement procedures are not followed‚ they‚ as accounting officers‚ could be held accountable for that‚" Maseko said.

According to Maseko‚ the memorandum addressed how the Gupta family had allegedly unduly influenced procurement processes and key appointments at government departments and state-owned entities.

Earlier on Wednesday‚ former African National Congress MP Vytjie Mentor concluded her testimony after she was asked to explain certain contradictions in both her written and oral statements to the Hawks about her allegations that the Gupta brothers had approached her with a Cabinet job offer.

Mentor set the record straight‚ and then complained that the Hawks wanted her to sign a statement that had inaccuracies‚ including the date and venue of the signatures on the document.

The inquiry continues on Thursday at 9.30am.