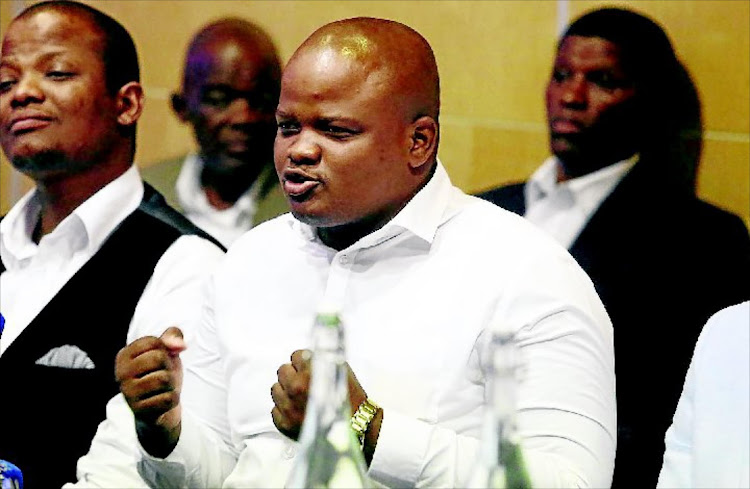 Banele Mancoba‚ second-in-command and spindoctor of the Mancoba’s Angels Ministry Church‚ is to be sent for psychiatric evaluation‚ after appearing in court on Monday on charges including sexual exploitation.

Mancoba was charged with sexual exploitation and rape following what he claimed was his marriage to a woman who was 15 years old. He has a two-year-old child with her.

Banele Mancoba is due in court again on May 24 on another charge. He and his co-accused - including his brother Ephraim Mancoba - are also facing charges of conspiracy to rob in connection with an attempted robbery of a local bus depot.

Earlier in the day six men - including another family member‚ Phuthumile Mancoba‚ 31 - appeared before Bara in the Ngcobo Magistrate’s Court to face charges of murder‚ robbery with aggravating circumstances‚ attempted murder and unlawful possession of unlicensed firearms.

These charges relate to an attack on the Ngcobo police station in which five police officers and a bystander - who turned out to be an off-duty soldier - were slain. Senior state prosecuting advocate Nomapa Mvadana asked for the matter to be postponed‚ saying that the police were still concluding their investigation. Bara postponed the case to June 14.

The Mancoba Seven Angel's Ministries has lost another son to the authorities‚ with the arrest and detention of Ephraim Mancoba‚ 22.
News
4 years ago

These charges relate to the death of KwaZulu-Natal church leader Ndumiso Jali and his wife‚ who were shot and killed at their premises in Clydesdale in Umzimkhulu in early February.