Cults around the globe and the SA link 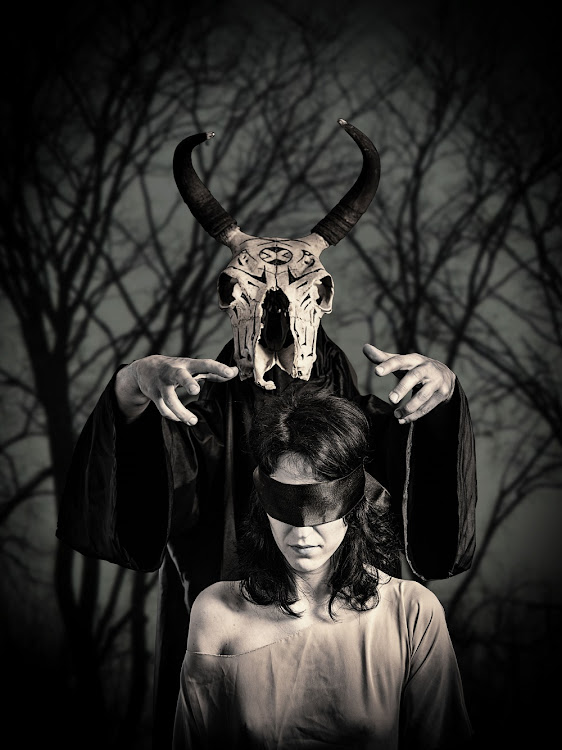 According to Wikipedia, the term cult usually refers to a social group defined by its religious, spiritual, or philosophical beliefs, or its common interest in a particular personality, object or goal.

The term itself is controversial and it has divergent definitions in both popular culture and academia.

In the sociological classifications of religious movements, it is a group with socially deviant or novel beliefs and practices.

Groups said to be cults range in size from local groups with a few members to international organisations with millions.

The Mancoba Seven Angels Ministries Church in Engcobo, Eastern Cape, was labelled a cult by the CRL Rights Commission because of its weird practices whereby the leaders made their members shy away from normal social and legal practices such as getting formal employment and not registering the births of their children.

Engcobo church linked to a family murder in KZN

Children living on the church premises were also not allowed to attend school while more than a 100 women were allegedly kept as sex slaves.

Other cults locally and around the worldExclusive Brethren

This church was founded in London in 1848 and has a branch in SA. A Port Elizabeth father took legal action against the church in 2014 because he suspected it wanted to take his children out of the country to join a branch in the US.

The man claimed the church was a cult because it had rules that children must be home-schooled, voting and attending university are prohibited and no one is allowed to socialise with people who are not members.

Formed in 2001 by Mauritian nationals Miki Hardy and his wife Audrey.

The South African chapter was accused of being a cult by parents in Durban because they claimed it lured the youth and then encouraged them to abandon their studies and jobs, shun their families and leave their homes to live with cult leaders.

This cult teaches that traditional family ties were the root cause of mental illness and encouraged polygamy.

Led by David Koresh, this is one of the most infamous cults in the history of the US.

Almost 100 people, including police, Koresh and members of the cult died when the government tried to search the cult's premises after complaints of sex abuse and illegal weapons. A 51-day standoff ensued after four officers were killed and 16 others wounded during the raid.

Koresh was also accused of sexual abuse as he took girls as young as 12 as "spiritual wives".

This cult started in the US and moved to Guyana when the government started asking questions. When a US government representative went to inspect the church's enclave, it triggered what is today known as the Jonestown massacre of November 18 1978. After attacking the official, members committed mass murder-suicide at the behest of leader Jim Jones. The death toll exceeded 900, making it one of the largest mass deaths in US history.

Malusi Gigaba has expressed his "dismay at the wanton disregard of the law" by allegations against Mancoba church.
News
4 years ago

Belief can become a danger

The shocking living conditions of members of the Seven Angels Ministries were exposed when cops recently stormed the Eastern Cape church looking for suspects alleged to have killed six cops during a brazen ambush.

Police reported that they found girls as young as 12, who were being kept as sex slaves, with many straddling babies on their backs.

The church forbids members to have ID books, or be gainfully employed or go to school, Living in isolation from the nearby community, church members depend solely on leaders for sustenance. Their leader has denounced the country's constitution and schools as driven by Satan.

Sunday World spoke to clinical psychologist Boitumelo Tshenkeng on the phenomenon of cults.

Question: Who is most vulnerable to join religious cults and what is so appealing to them?

Answer: It can range from people desperate for financial, spiritual or any other type of breakthrough in their lives and can include people with health problems, and uneducated people. These people who are excluded from mainstream groups and activities tend to feel that they belong in a group that promises some form of deliverance exclusively for cult members.

Q: What do cults offer their members and why do cult leaders isolate themselves?

A: It is a measure to control and further indoctrinate followers and to insist on blind loyalty and obedience.

A: After portraying their society as sacred or special, they generally take away their member's freedom through isolation and demand that they give away all their money, belongings to the cult.

Q: If one suspects a family member has joined a cult, how does one help them?

A: As members have been brainwashed to protect the belief system against outsiders, tread carefully. If you are too harsh they will only be defensive and protect their leaders. But, where the law is broken, families must call the police.

Q: What are the dangers for people in a cult?

A: Vulnerable members are open to all types of abuse. Emotional wellbeing and health can also be under threat and in extreme cases even death can result.