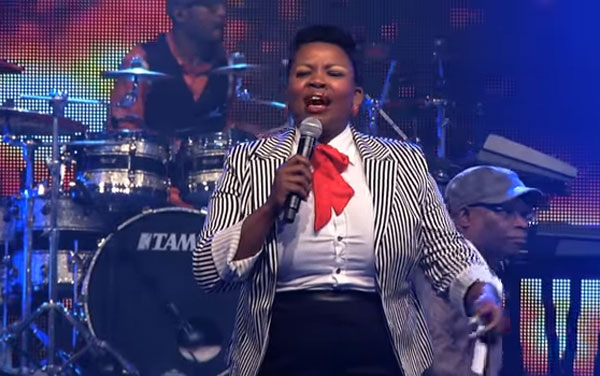 South Africans woke up to the shock announcement on Saturday of the passing of three TV personalities.

Thobani Mseleni, Siyasanga Kobese and Akhumzi Jezile died in a car accident at the weekend. The trio were part of a group of five that perished.

Kobese was an actress and singer. She had played the role of Siphokazi on Zabalaza and had enjoyed a 3-year- stint with famed Gospel group Joyous Celebration.

It is here where she arguably garned the most fans. Watch below as Kobese sings her rendition of Noya Na.

And a rousing Hay' Inyweba which speaks of those who are fortunate enough to be in heaven in the comforting arms of the Lord.

Her father a spiritual man had this to say about his daughters passing. "I am not afraid of death. My daughter is just around the corner and I believe I will meet her again."

Family members of singer Siyasanga Kobese and actor Thobani Mseleni have confirmed to TshisaLIVE the two died in the car crash that claimed the lives ...
News
4 years ago

Siyasanga Kobese's dad: I recognised my daughter's body by her feet

Pastor Norman Kobese is a man of God. He has left a sermon to speak to us about the death of his daughter‚ Siyasanga Kobese‚ just a day after he had ...
News
4 years ago

Pastor Kobese says nobody can tell him where his daughter's belongings are and he is making another trip to the morgue to try and get answers.
News
4 years ago
Next Article