'No amount is too big or too small': Zim opposition starts crowdfunding 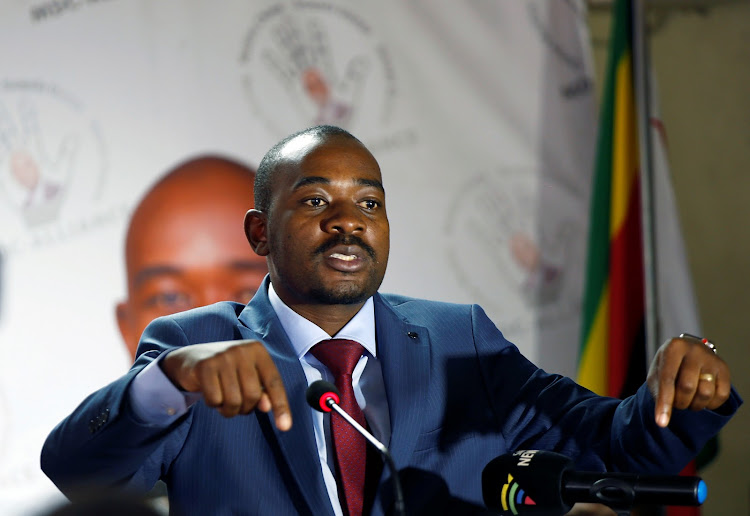 Having been sidelined from government funding, Zimbabwe's opposition MDC Alliance, led by Nelson Chamisa, has pulled out the begging bowl.

In a press statement the party said the funding will play a big part if they are to win the 2023 general elections, and has reached out for financial aid from the public, both local and the diaspora.

“Since our call for action, there has been a wave of donations. We really appreciate your contribution to the struggle. We need more! No amount is too big or small. Let’s all play our part to win Zimbabwe for change,” the party said in a statement.

The party’s treasurer-general, David Coltart, said the party has “an efficient system which accounts for donations”, and the cash won’t fall into the wrong hands.

Party spokesperson Fadzayi Mahere said their biggest asset was people and, through them, the party will raise funds and stay alive.

The crowdfunding was initiated after the government stopped the party from benefiting from the Political Party Funding Act. Legally, funds should be issued to parties in proportion to votes secured in the latest general election, provided they got at least 5% of the vote.

This came after the governing party experienced cash flow problems that led to its failure to pay staff salaries for months. Disgruntled staff downed ...
Opinion
8 months ago

Results released by the Zimbabwe Electoral Commission (ZEC) after the disputed July 2018 polls say Chamisa received 2,151,927 (45.07% of the total votes cast) to President Emmerson Mnangagwa of Zanu-PF’s 2,456,010 (51.44%). Fringe parties received the rest and none of them accounted for at least 5% of the vote cast.

However, instead of paying the MDC Alliance, last week the government gifted Z$60m (about US$428,000 or R6.17m) to the MDC-T led by Douglas Mwonzora. In the wake of the election, the MDC, led by Thokozani Khupe at the time, received 0.09% of the vote.

Since July 2018, it hasn’t been rosy for the MDC Alliance, a grouping of political parties that came together to challenge Zanu-PF under Chamisa. Their political crime was refusing to endorse President Emmerson Mnangagwa as the legitimate election victor, even after their court challenge faltered.

As such, Mnangagwa put together the Political Actors Dialogue (Polad), which the MDC-T belonged to, whose mandate is to “sanitise” Zanu-PF’s disputed electoral claim.

Then a series of court challenges against Chamisa by the MDC-T were mounted as he also lost control of the party’s headquarters, Morgan Tsvangirai House. Now without offices in Harare or money for programmes, Chamisa is fighting an uphill battle. But the crowdfunding initiative could go a long way.

On the other hand, Zanu-PF has set up its own fundraising team composed of business people and rent-seekers associated with the party. They are tasked with raising US$140m (about R2bn).

Jacob G Zuma Foundation spokesperson Mzwanele Manyi would not reveal how much has been raised, only saying the fund is doing 'extremely well.'
News
8 months ago
Next Article