WATCH | Lindsay Myeni on Lindani: 'People treated him like he was a weapon just because he was strong' 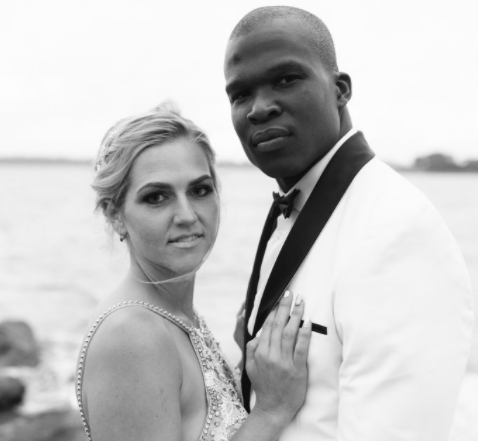 Lindsay Myeni, wife of the late Lindani Myeni, says her worst fear happened when her husband was murdered in America.
Image: Lindsay Myeni/Facebook

Lindsay Myeni, the wife of the late Lindani Myeni, says her worst fear happened when her husband got shot by police officers last week because people were always intimidated by him.

“I have nothing to worry about. My worst nightmare has come true. We were always scared of cops in America regarding Lindani. People always treated him like he was a weapon, even regular people, just because he is strong.

“People will capitalise on it if they can. They will gladly put you in rugby, they would love to see you fight people in rugby, to see you do boxing, but if you're just a regular human, you're a threat.”

Myeni, a former rugby player and father of two, died last week after police officers responded to a “burglary in progress” at a home in Nuuanu, Hawaii. Lindsay said her husband had gone for a drive to clear his mind when the incident unfolded.

In the video, Lindsay says her husband probably just wanted to have a conversation with the people who called the police on him.

“I just keep saying to myself, if three of you have guns then why are you afraid of one man with no weapon. He is unarmed, you're literally afraid of his arms,” she said.

“I get to have bad days. I get to stop by the wrong house, I get to do these things, I get to talk to anybody. I know if it was me I wouldn't be dead. If it was some skinny guy, a white guy or an Asian woman she wouldn't be dead,” she said.

The KwaZulu-Natal government said on Wednesday it was making progress in it efforts to repatriate Lindani's body. Premier Sihle Zikalala said there are ongoing talks between his office, the department of international relations and co-operation (Dirco) and the consul-general in the US.

Nearly R400,000 has been raised through a GoFundMe crowdfunding launched by Lindani's friend last week. The funds will cover his repatriation costs, funeral costs and legal fees for when the family challenge the state for his murder.

'May his legacy never end': Lindani Myeni’s wife, Lindsay, on adjusting without her husband

Lindani Myeni, a former SA rugby player, was shot dead by officers from the Honolulu police department in Hawaii after they responded to an alleged ...
News
6 months ago

The KwaZulu-Natal government announced on Wednesday it was working with the family of Lindani Myeni — the former rugby player shot dead by police in ...
News
6 months ago
Next Article