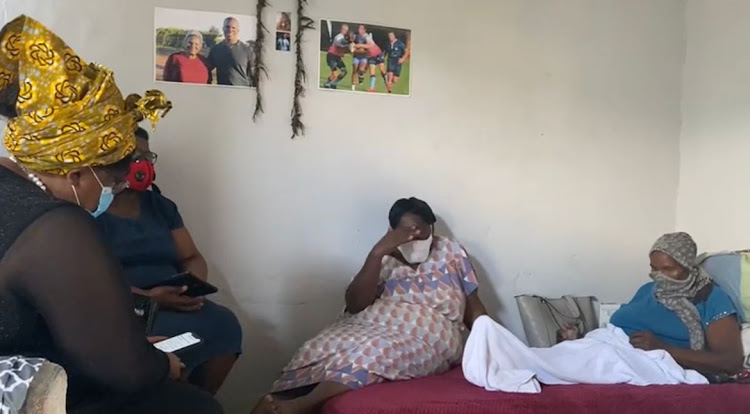 A provincial government delegation visited the family home of Lindani Myeni, the former rugby player from KwaZulu-Natal who was shot dead by Honolulu police in Hawaii last week.

Myeni, from eSikhawini in northern KwaZulu-Natal, died after police officers responded to a “burglary in progress” at a home in Nuuanu.

According to a Facebook post by his wife Lindsay Myeni, her husband had gone for a drive to clear his mind.

Provincial government spokesperson Lennox Mabaso said the delegation was being led by director-general, Dr Nonhlanhla Mkhize, “acting on the direction by the premier Sihle Zikalala”.

“The KZN government is meeting the family and more announcements will be made later,” said Mabaso.

The delegation of the KZN Government led by Director-General, Dr Nonhlanhla Mkhize, acting on the direction by the Premier Sihle Zikalala @sziks has arrived at the homestead of #LindaniMyeni (29), the KZN born Rugby player who was killed by Honolulu in Hawaii in the USA. pic.twitter.com/u8FOS0vyma

Video footage from a body camera worn by one of the police officers shows Myeni’s last moments.

“Where you at?” asks the officer, while a woman shouts, “That’s him, that’s him. He’s still in the car.”

The officer points the gun towards the car occupied by Myeni as the woman continues to scream, “That’s him, that’s him”.

The officer can be heard ordering Myeni to get on the ground. A scuffle breaks out between him and another officer and Myeni can be seen punching the officer. The officer with a gun fires several shots during the fight and one can be heard shouting “police”.

“I will have your back forever, Mnguni. I’m proud of every bit of the man you are. I will take your body back as soon as I can and we can mourn with the family. I’ll see you in heaven beb,” Lindsay wrote on Facebook on Monday.

More than R200,000 has been raised in a crowdfunding initiative launched to repatriate Myeni's remains.

The Myeni family lawyer says that the Honolulu police department was “still hiding facts” about the incident.
News
2 weeks ago

Questions are beginning to surface over the death of a former KwaZulu-Natal rugby club player and father of two who was dead by police in Hawaii on ...
News
3 weeks ago
Next Article